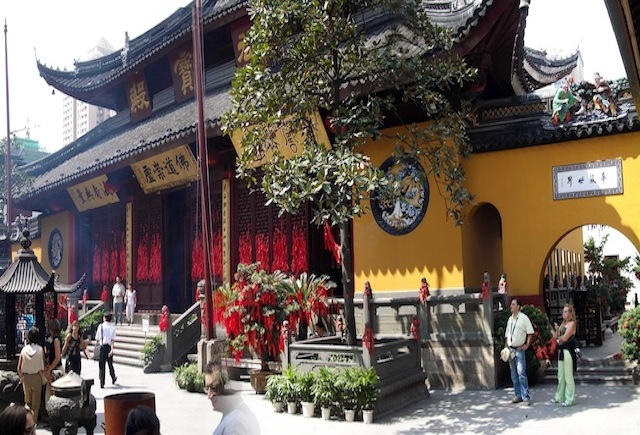 That light that exist in ti, in your inner being to expand, wherever you are. That the others do not notice it, does not mean that your light there. Go ahead with your torch always on... say what you will of ti

It seems difficult to join a bean stew with China?... Let's try it! If there is a city that I was captivated from the moment in which I set foot, that is Shanghai. For me it is the city of Asia together with Bangkok most urban and hallucinating in the Asian continent.

The temple is located in the old part of Shanghai, 20 minutes from the hustle and bustle of Pudong, the Bundt, and the city's French quarter. It draws much attention this oasis of culture It is surrounded by tall, ultra-modern buildings that slowly eat the old part, though, that Yes, respecting such magical places like gardens Yuyuan and the Jade Buddha Temple. Legend has it that during the dynasty Qinga monk made a pilgrimage to Tibet from China. On his return, the monk went through Myanmar (formerly Burma), which gave him some Buddha statues made out of jade. When he came to China the monk wanted to build a temple for the statues.

Although the current building is not the original, the Temple still lives a community of Buddhist monks and it has become the most important temple for this community in Shanghai. 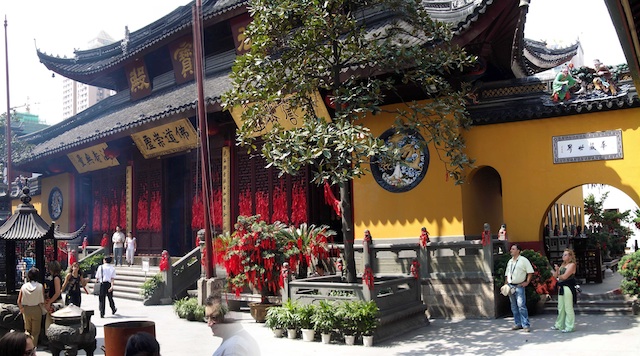 Figure most impressive of all is that of Buddha sitting It weighs 3 tons (carved from a single piece of white jade), which measures 1.95 m., and is decorated with semi-precious stones. One is not to the idea of the magnitude of the figure until it is before him. The expression of the Happy Buddha and with closed eyes, spread US State to give us peace, peace that surrounds all Buddhist temples and a mi me hypnotize.

The other figure, carved from a single piece in the same material, also represents a recumbent Buddha although smaller than the seated Buddha. 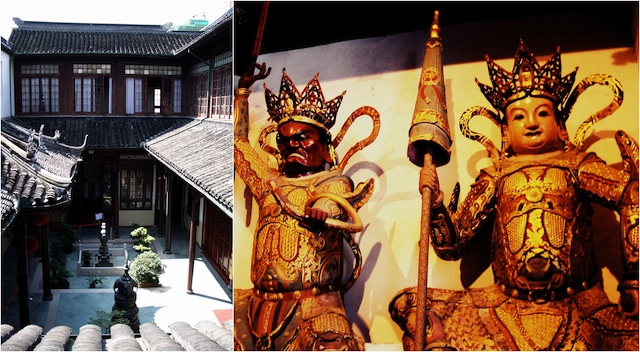 Also emphasizes the House of the Four Divine Kings, impressive figures and beautiful representative of this ancient culture, and between which is a small Golden Buddha, smiling and panzón. These figures are also very represented in Thai culture and are common in all countries of Buddhist religion.

Around the temple there are also many other Figures of different materials which the faithful cover of red tape where the prayers of the faithful to Buddha are written. Lanterns and bonsai adorn the exterior of the temple that also has an inner courtyard and a pond full of tents oranges. The roofs of the building are beautiful, the typical curved temples decorated with innumerable figures of dragons and gods and Buddhist. 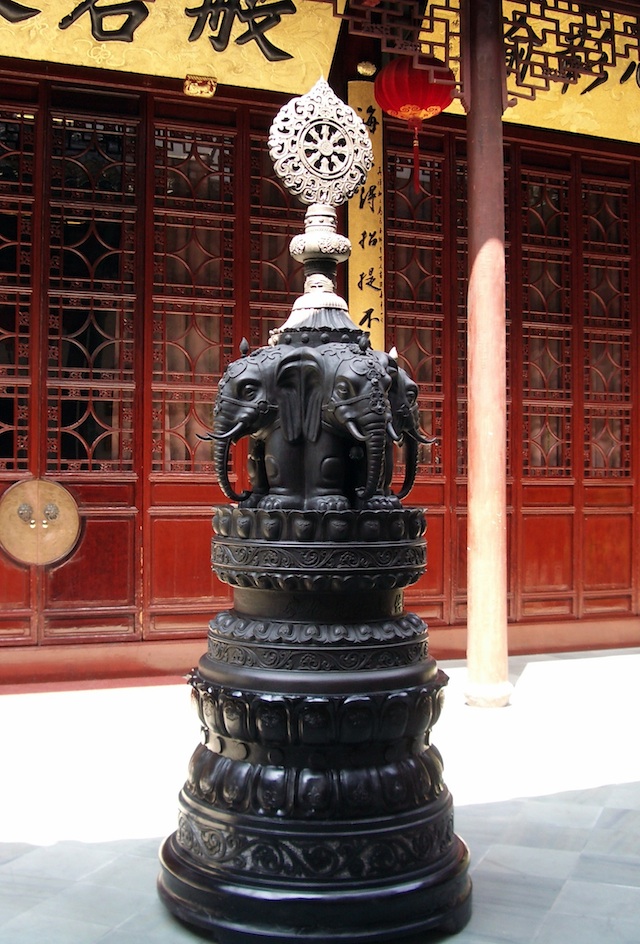 But certainly surprised me most of all is his central courtyard previous to the temple, where each devotee performed the ritual of fire and incense before the prayer. Upon arrival at the temple the faithful light a handful of incense sticks. Pick them up between the two hands that are situated at the height of the forehead, so that the sticks of incense are above the head (essential in prayer to) Buddha). With your hands in this position and feet together, Catholics leaning forward and back several times in each one of the directions that mark the cardinal points. After the turn, placed rods in incense burners or inciensarios as offerings to Buddha. The ritual It is beautiful and impressive and one cannot just join the prayers, hypnotized by the spiritual aura of this temple.

During our stay in China more than two weeks, we found this so incredibly beautiful ancient culture, its people and cuisine. Nothing to you that when you go outside of travel, at the end of the day you take less traditional Spanish cuisine? So that, come home wanting to fried eggs with potatoes, a glass of wine and a delicious bowl of stew the lifetime... do you dare?... well, let's go!