Vychissoise. Cold cream of leeks for the summer 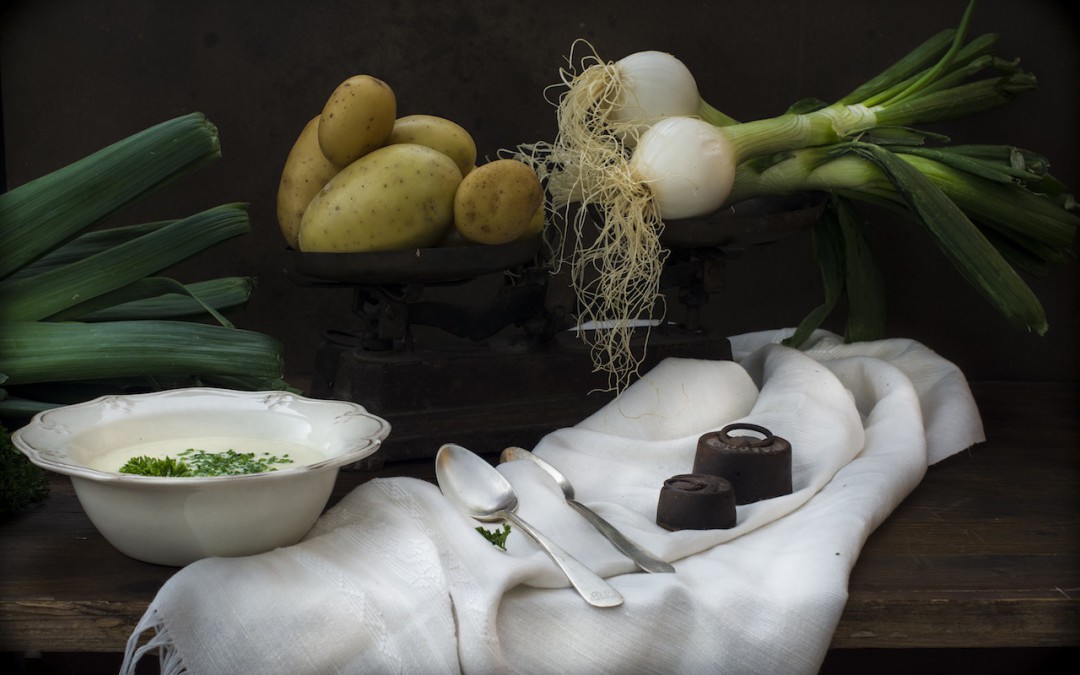 Although for many the Vichyssoise or cold cream of leek has a French origin, I prefer the theory of those who believe that this delicious cream of summer is a cousin of the Basque porrusalda.

History note that the Spanish Ambassador to Vichy, was a Basque chef to the Embassy. The bilbaino Cook was called Corcuera and like all Basque was a lover of the porrusalda, a hot soup from leeks that is persente in our kitchen for more than 200 years.

It seems that one night Mr. Corcuera, wanted to prepare a refined version of this porrusalda, thinking that this soup was little refined for their diplomatic guests. To make it it decided to use a little Creme Fraiche that would provide creaminess and the result was an ice cream of leeks that Cook christened ice cream of Vichy, in honor of the city in which they were.

After returning to Espanael Cook finally ended in the United States at the Ritz-Carlton New York Hotel where established this soup as one of the dishes of the restaurant's menu in the summer days and where he received the name of Vichyssoise.

I'll confess that this Vychissoise or cold cream of leek, is what I have the soup of leeks. When I was pregnant, I took porrusalda constantly because it was one of my favorite soups. One night I left ready to eat the next day. To get home and open the fridge, I felt that the stomach teetered and I with him: he had just hate cooked leeks and although after pregnancy I've tried a thousand times back to take it, I could never. So I removed the porrusalda, what remains in my fixed menu is the Vychissoise or cold cream of leeks not missing my desk every summer. 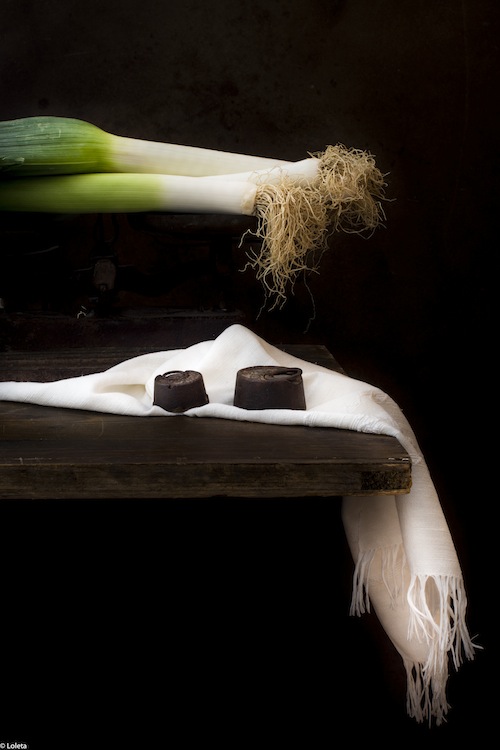 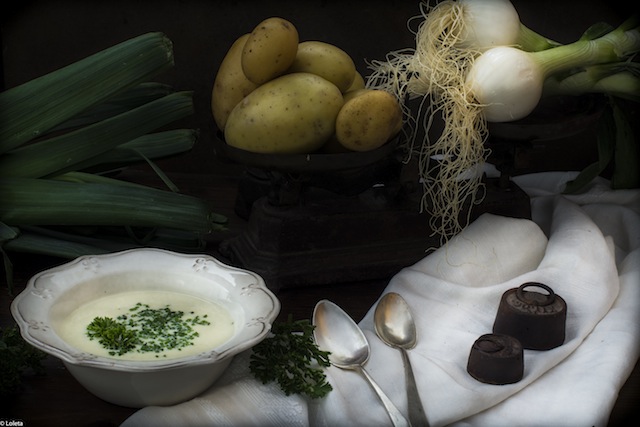 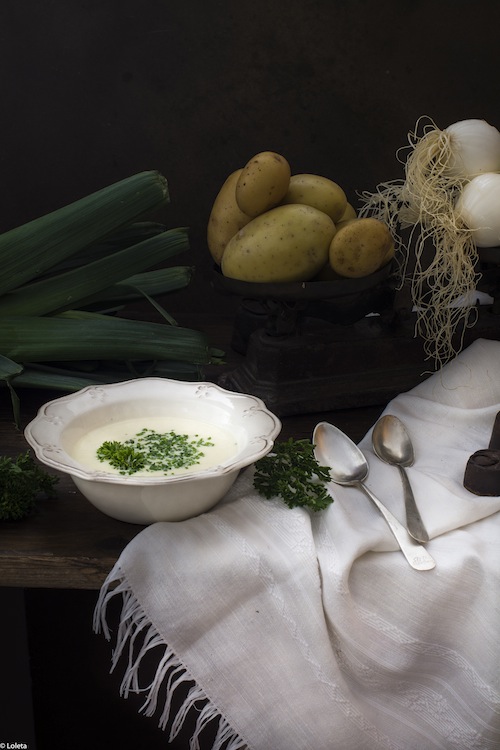 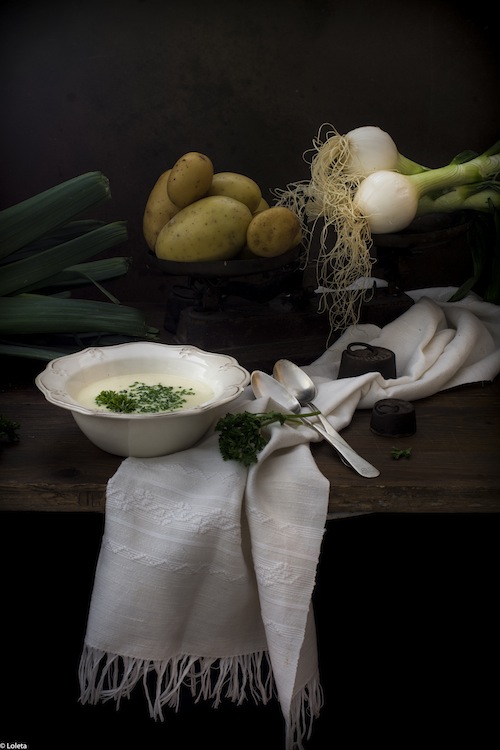 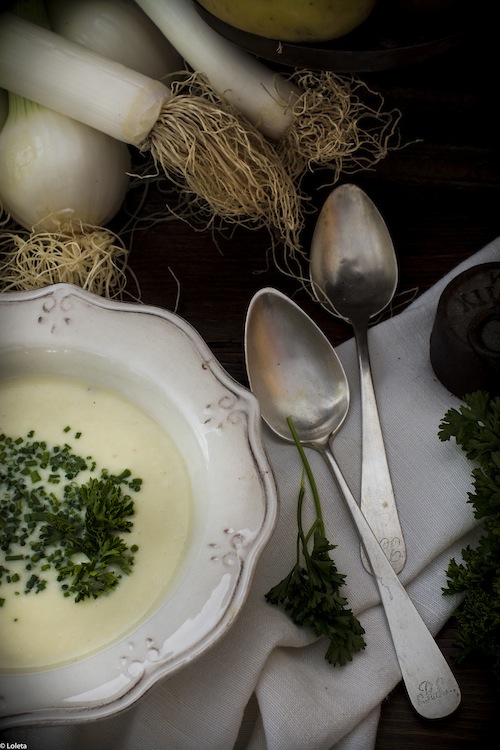 Total €4.75, i.e. €0.95 per each serving of this delicious Vychissoise or cold cream of leek, which is ideal for the summer

1 Lmpiar the onion and leeks. Chop. Peel the potatoes and cut them into wedges. Book.

2 chop everything and sauté in a pan with butter and a drizzle of oil.

3. Add potatoes and saute over low heat for about 10 minutes.

5. Add the cream and cream cheese and, with the help of a food processor or a blender, blend until obtaining a fine cream.

Chicken Curry with Leek tart. When you have leftovers

Quiche of Zucchini with ham and cream cheese.