Rice recipe with Ratatouille and Iberian: prey and secret in Spanish

Do you know?. I gave him this paella turns because I wanted it to be special. I recognize that it was not a combination of ingredients that particularly me appetizing, and that I have pending for cooking many paella ingredients say,... out of the ordinary, it will come.

Despite being summer, I wanted to do it in meat. He wore some days eating fish (which love to do, especially here in Malaga) and for the weekend wanted to change. It also had the incentive to make the paella at a family gathering (as almost always... is becoming a habit) and I was reminded of some other wonderful weekend spent all in the Sierra de Aracena (Huelva), therefore, Iberian Surely it would be, but the combination I was missing... until I opened the fridge and vi at the bottom a ratatouille delicious that it had prepared a few days before (the Ratatouille with fried egg like much in summer). I had it clear: rice with Ratatouille and Iberian! 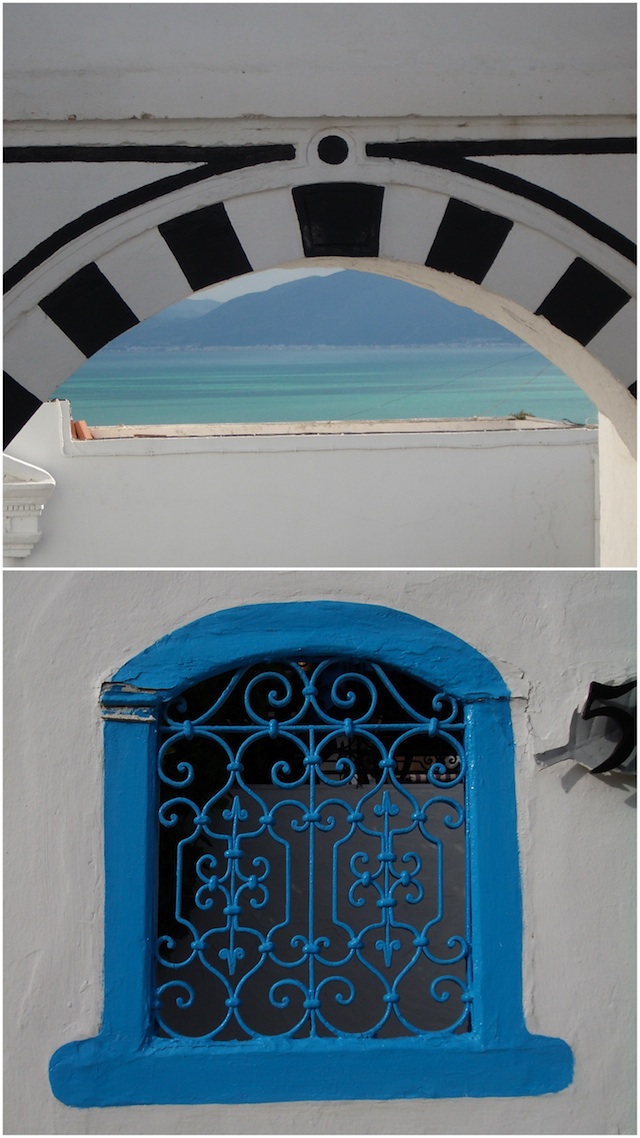 It is strange, with what in Spain we like the pig... you know that saying "to my pig, I like to the gait", and only a few kilometers on the other side of the Strait, little grace that makes. By the way talking about the other side of the Mediterranean do you know the village of Sidi Bou Said in Tunisia.? I loved it, it looked like the place of the story of the thousand and one nights... or Alí Babá.

Sidi Bou Said part of the main tourist attractions near the Tunisian capital, that separates him only 20 km. belongs to the province of Carthage and do not live more than 5,000 inhabitants. Wander through its streets, admire the beauty of the sea is worth Mediterranean and the turquoise blue color of its doors, woodwork and lattices mixed with the pure white of the lime and the cobbled streets. Blue and whites aesthetically, they monopolize the postcard. Yes, I know, it's touristy one hundred per cent, but don't tell me that there is a site with a special charm. Do you know that the mixture of colors is a traditional way to wish luck in Arabic? 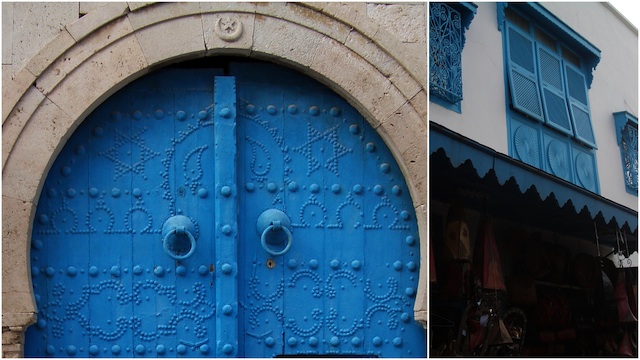 The streets are all steep. Major, are full of bazaars and small shops aware of its attractive souvenir. There are numerous cafes where you can enjoy a good flavoured tea to the most authentic taste. It has a flavor Special not only because of the color of its façade and its almost perfect architectural composition, but because intoxicates with its aroma to the traveller making us dream that we are involved in the flight in sidecar of Tintin with Captain Haddock in any of their crazy adventures world.

Despite the fact that I spent little time, I found it very Attractive. I recommend that you don't go through there and you alarguéis the walks by the natural balconies which overlook the Mediterranean Sea in the sunset. Remember the good, the location and the place deserves it. I know many who say that it would be one of those places where be lost… It wouldn't be bad, safe! 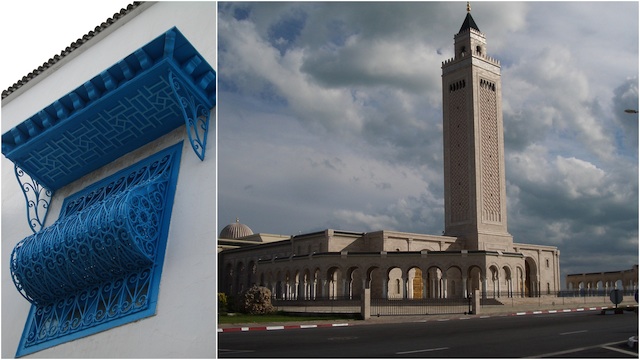 Do you know Sierra de Aracena? I know that it's summer, and although it is a destination for autumn and winter, we are surprised to know that there are a lot of people that also will be there, the sierra, to spend a few days in the peace and quiet in the countryside, that... to be possible with swimming pool. Her I'll talk about in greater detail when the cold because it is now very hot for that... but is that whenever the Iberians are out there, the view is going...

Are we going to prepare paella?

Total for the paella with the broth mixed Aneto: €19.62. Per person, € 4.91. A sumptuous rice at one price more than affordable per serving.

Note: I prepared paella for more people, so we have provided the amounts

I recommend a wine that I fell in love. It's not cheap, but for a special occasion does not fail. Faustino Copyright Bodegas Faustino. ES special reserve 2004, with more than 85% TEMPRANILLO, this is one of the wines more unctuous that I found. Its price, €24.75

1. first we go with paella ingredients. Before you begin, a few tips:

2 we started cooking: cut garlic into slices, as always, taking care to remove the strand or heart Centre (so avoid to repeat) and sprinkled a little salt for all the paella so the bottom does not burn.

3. Add olive oil the bottom of the pan with garlic and we light the fire of the barbecue to medium-low. We nivelamos the paella so that it is not geared towards any side. In my case, I have a pan of conventional gas from two fires, only I turn on the small center ring so that I Cook in the middle of the paella and I'm removing the perimeter ingredients already facts (without removing them from the paella). If the Pan that you have only a ring of gas, you can also have it taking care to remove the ingredients once made.

4. once begin to be golden garlic, got the fire to medium-high and add secrecy and preyso golden brown and give off juice at the bottom of the pan. Season it and remove it so that do not adhere or skip oil for 6 or 7 minutes. When the prey and the secret are well grilled, we withdrew to the perimeter of the paella so not continue cooking (or directly away until later).

5. Then add paella center chopped zucchini (first the harder vegetables) and sauteed for about 5 minutes over medium heat. Once cooked, remove to the perimeter. The same thing we do with chive and leek togetherall very chopped (for 3/4 minutes). As it is Browning, we separated it to the edge.

6. Pour the contents of ratatouille (how sauce) made of tomato, Zucchini, onion and green pepper: heat it for a few minutes over medium heat, then mix it with the other ingredients and cooked together for a couple of minutes.

7. it is measured the volume of the 400 Gr. of rice in a cup (for example). In my case, occupy 3 cups (depends on the size of Cup you use). Therefore, I reserve broth from stew and ham, this paella, 9 cups, three times the volume of rice, to finally go watering demand according to go seeing the firing of the rice while it is cooking. I put heat on the broth micro (2 min) at maximum power. It is very important that the broth is very hot when we add it to the paella, since otherwise it would break the rice cooking.

8. We incorporate all the rice with a bit of oil and saffron strands, and for 4/5 minutes stir constantly over medium heat. Browning it well, we got a little "Brown" rice, which will help us to give final ease.

9 then turn ring big barbecue (outdoor) over high heat and also climbed the center ring. Add the broth a bit of turmeric to give color and remove it before pouring it. All the full stock are about 9 cups, so that with the hot broth, We first add to paella only 2/3 parts (6 of 9 cups) of the same, alike and mix together with other ingredients. The full stock triples just the volume of rice. We leave the other 3 cups to then demand, we reguemos with more broth to achieve the fluency of rice (will keep you warm and reserved). Stir well with slotted spoon to make it all matched. We tried salt, and add a bit more if necessary, taking into account that the broth of rice must be tasty generously, since it loses some salt in the absorption of liquid that makes the grain.

10 and proceed with the rice cooking: We are going to bring to a boil the stock and that the maximum of flavor is in the grain. We let the two fires (the outer and the inner ring) to the maximum for approx. 10 minutestaking care of the fire spread by all the paella evenly. Stay tuned because the broth boil and will appear many pompitas across the surface. We are watering with 3 extra cups last about 5-7 minutes where we see that you becoming failure so that the rice is not without broth anywhere (keep in mind that the paella with concave and the Center always accumulates more amount of rice which the perimeter that the layer is of an only grain).

11 after the first 10 minutes, We will reduce the fire below, and will thus keep it approximately 7 min. The end will coincide when it is very little broth into paella, and at this time will have evaporated virtually everything. The firing of the grain, we tested if it is tender on the outside and somewhat whole inside, is the time. If not, water a tad more to the driest areas distributing it equally. This makes a little stock still in the paella dish by evaporation to the next step.

13. We cover the paella with aluminum foil (turn it into a furnace) when the grain is ready (whole inside and tender on the outside), and fire rises to high a couple of minutes so that evaporation, to take effect. The couple of minutes shuts off the fire, and let the aluminum foil, which rice to rest for at least 5/7 minutes and finish cooking.

14 stir paella completely before serving, and the rice in the dish will get homogeneous texture, since never become equally grains from the Center to the perimeter.

15 and... ready!. We have achieved a powerful flavor and highly prized meat paella rice. But remember that you must do it in a big paella so the rice layer is fine, but you will not be perfect. Act followed, rice is ready to be served... Bon Appetit!

You link the video with images of the step of the preparation of paella. Thank you!