Brioche bread torrijas with custard, or how to succeed this Easter 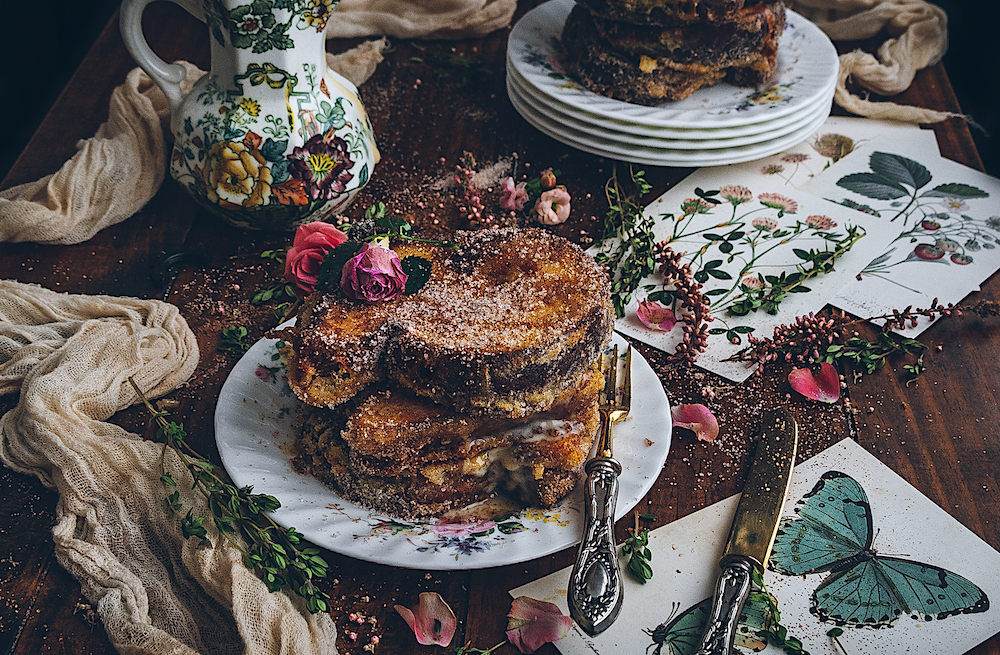 These torrijas with custard have gone to number one of the torrijas e casa. And I say number one because since Lent begins, at home we make torrijas almost every day.

The first thing we will do is custard. If we have Thermomix, we will mix all the ingredients in the glass and program 8 minutes at 90º at speed 4.

To make them by hand, in a saucepan we heat the milk with vanilla, cinnamon and sugar.

Beat the yolks until they have thickened slightly. Then pour the hot milk on the yolks, and beat with the help of a few rods until everything is well mixed.

Return the mixture to the saucepan and cook over medium heat. At that time the mixture will be with a layer of foam on top.

The custard will be ready when the foam layer disappears and the custard has thickened a bit. We are not interested in adding Maizena because in that case the custard would thicken too much and the torrijas would not be well soaked.

Once the custard is ready, we will place the slices of bread next to each other in a large dish (I use the oven plate). We will cover the slices with the custard and let them rest for about half an hour, until the custard has cooled.

In a large skillet we heat the oil over medium heat.

Prepare a large plate with absorbent paper, where we will place the torrijas once fried.

We also prepare a deep dish with the sugar and the tablespoon of ground cinnamon. Mix well and set aside.

Once the torrijas are at room temperature, we will proceed to pass each slice of bread per beaten egg with the help of a fork and a spoon.

Draining the egg a little, fry in the hot oil until golden on both sides. Drain the oil with the help of absorbent paper.

To finish, we pass them through the sugar mixed with the cinnamon.

If we want we can serve them with the remaining custard.

Torrijas with cream and chocolate. It's Easter!