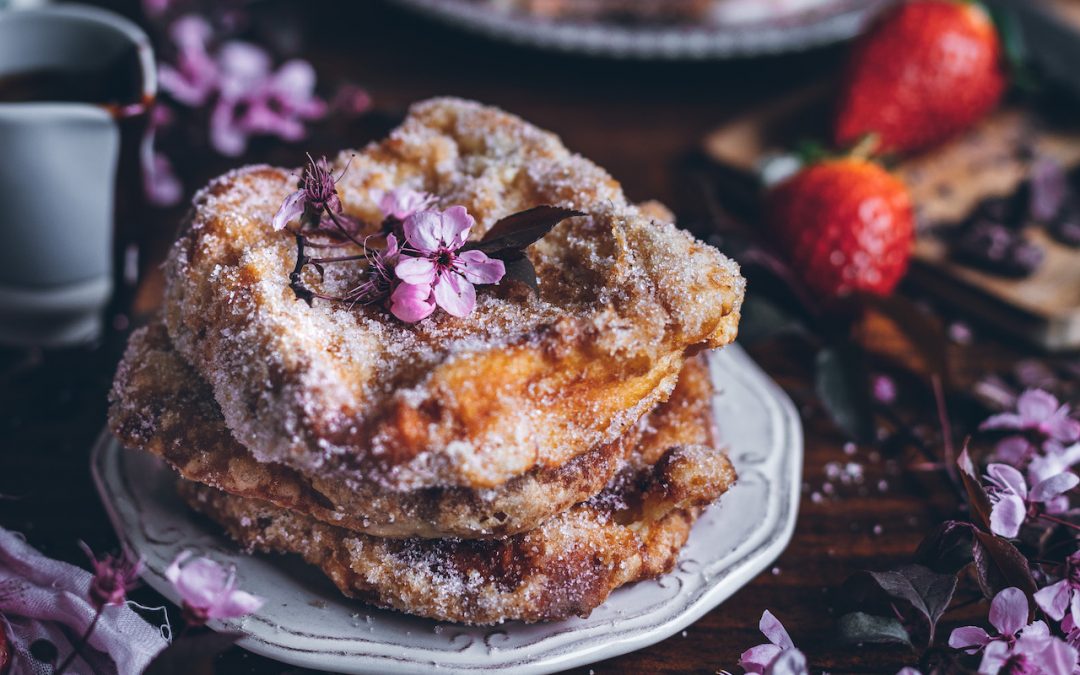 These vanilla and orange toast are the newest addition to my particular collection of toast.

Don't you fancy a French toast? Well, let's go get them.

Put the milk in a saucepan. Add the orange peel but only the orange part avoiding the white part that bitters, vanilla and cinnamon stick.

Cook over a gentle heat for about 5 minutes.

Cut the bread into 2-3 centimeters thick slices and place them on a plate. I used a homemade brioche bread bar that gives a unique touch.

In a bowl beat the eggs. Prepare one dish with flour and another with absorbent paper.

In a deep dish, mix the sugar with the vanilla powder and a teaspoon of cinnamon.

We prepare the flour in a dish. Put the oil in a frying pan and heat. With the help of a spatula we take a toast (careful that can be broken). We put it in the flour dish and cover with the flour all the toast on both sides. Now we pass it to the plate with the beaten egg and also keep it whole covered with egg.

Fry in hot oil Fry for a minute on each side until golden brown a little and have a nice color. We pass them to the plate with absorbent paper.

Now put them on the plate with sugar and cinnamon. Some people just sprinkle a little over, but since I'm very sweet, I cover them well everywhere.

We let them cool on a rack so that the sugar does not become liquid and the toasts are not moist.

While we're making the chocolate sauce. We cut the chocolate with a saw knife. Put it in a bowl and heat in the microwave in batches of 15 seconds at maximum power until the chocolate is creamy. We can add a tablespoon of butter.

Serve the toast with the chocolate sauce.