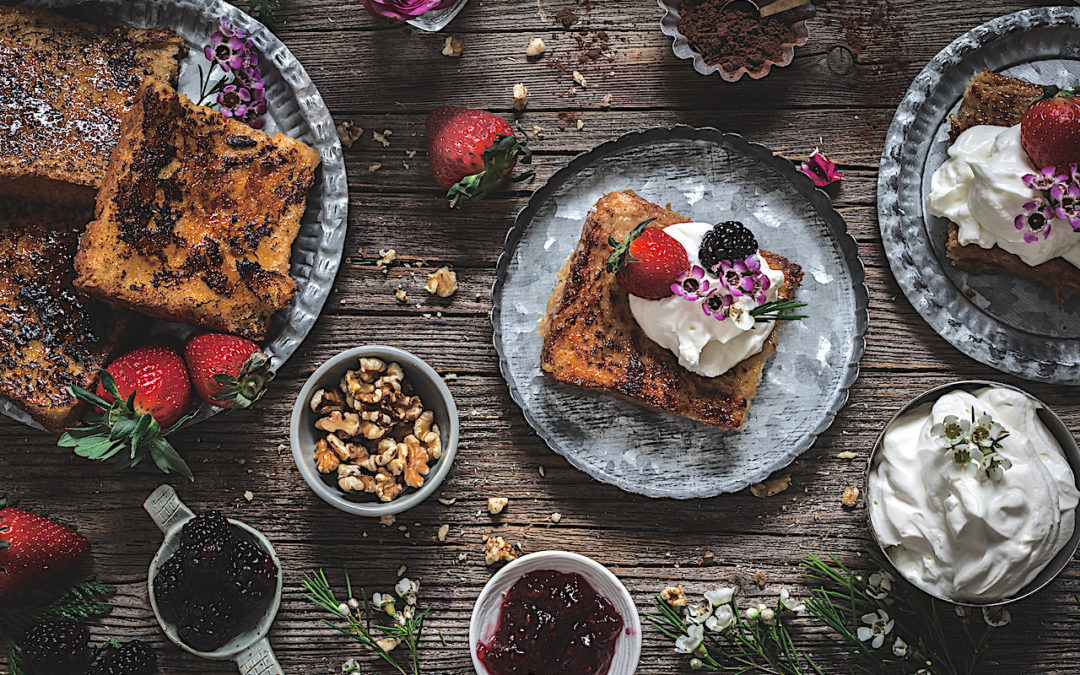 These candy with coconut toast have caused furor this year at home. They are a review of the first toast that I published on the blog already thousand years ago and when the tests have never matched the ingredients. Seem to be the French toast stuffed with of rows inside but misleads the mild coconut flavor with cinnamon and makes them ultra creamy and delicious.

You can have the coconut toast prepared beforehand although I recommend that you caramelices them at the last moment.

To make them I have prepared rich brioche bread and so you liked that we did a few days ago. It is a bread with a very rich flavor that joined the light these French toast coconut flavor makes them insurmountable. But if you do not want to make the brioche loaf or don't have time, you can always buy the bread they sell today on almost all bakeries and supermarkets and make them equally.

In any case the result is delicious. A variant of the traditional French toast that is more light, because they are not fried but with all the flavor of Holy week. Let's go for them! 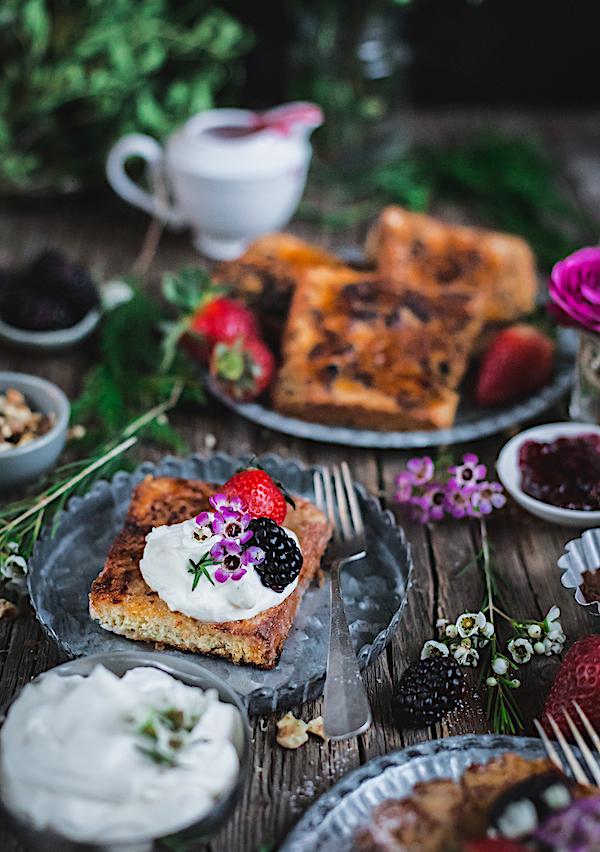 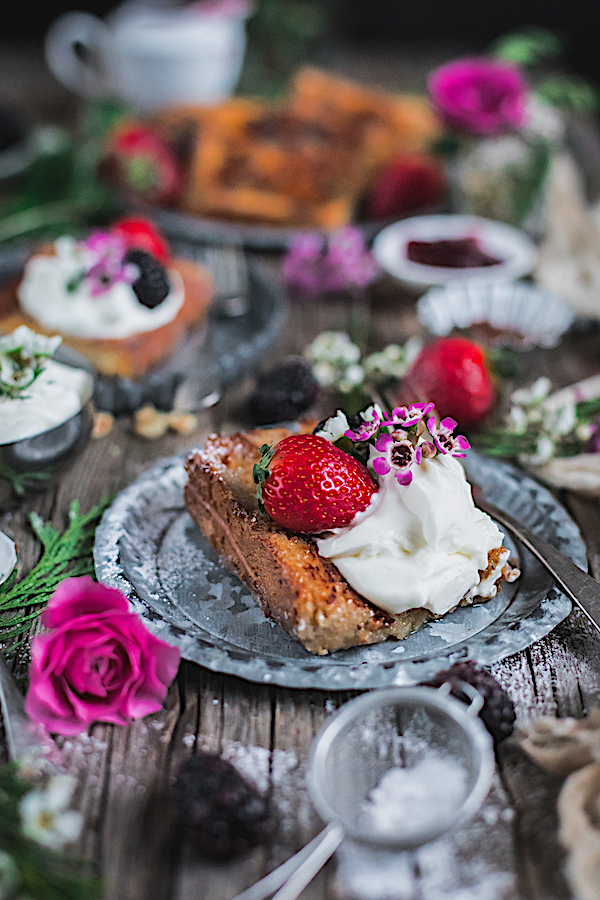 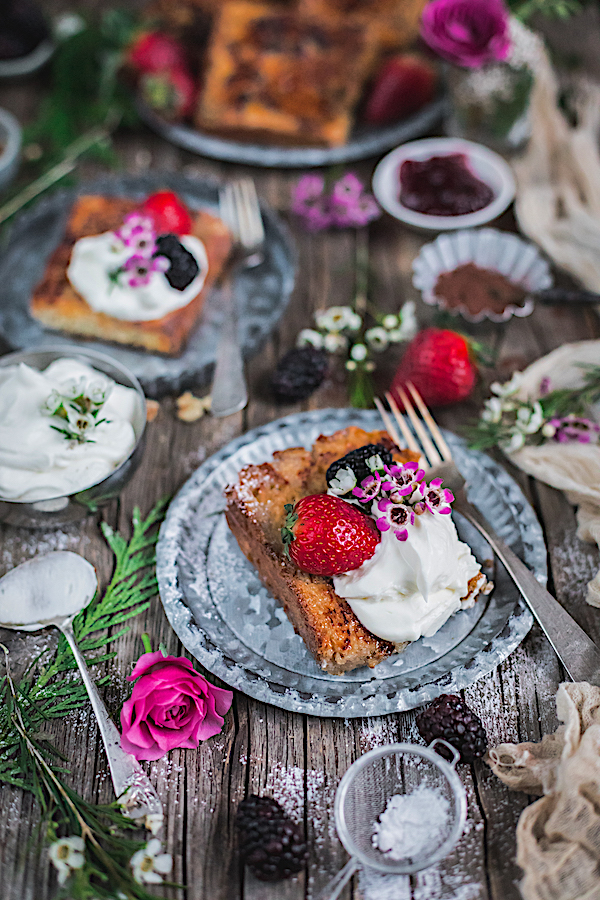 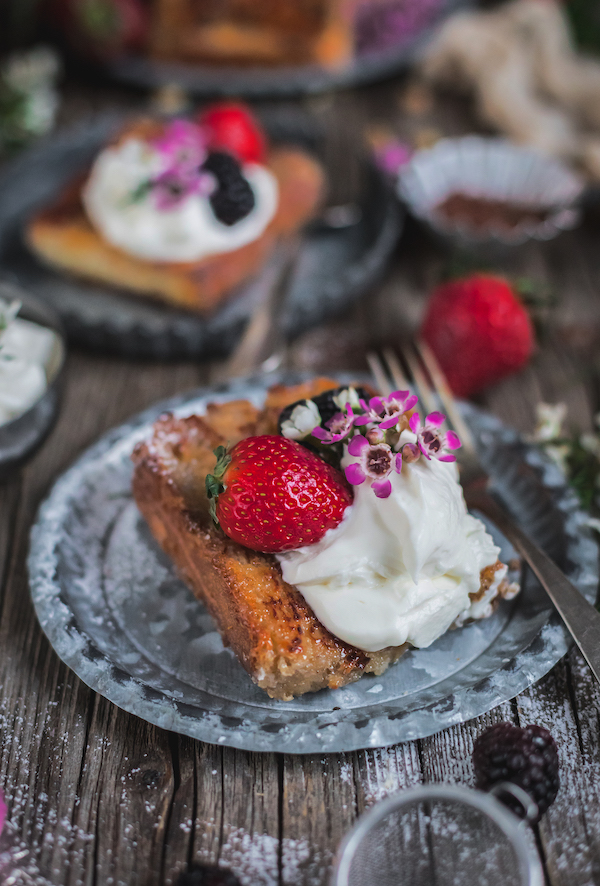 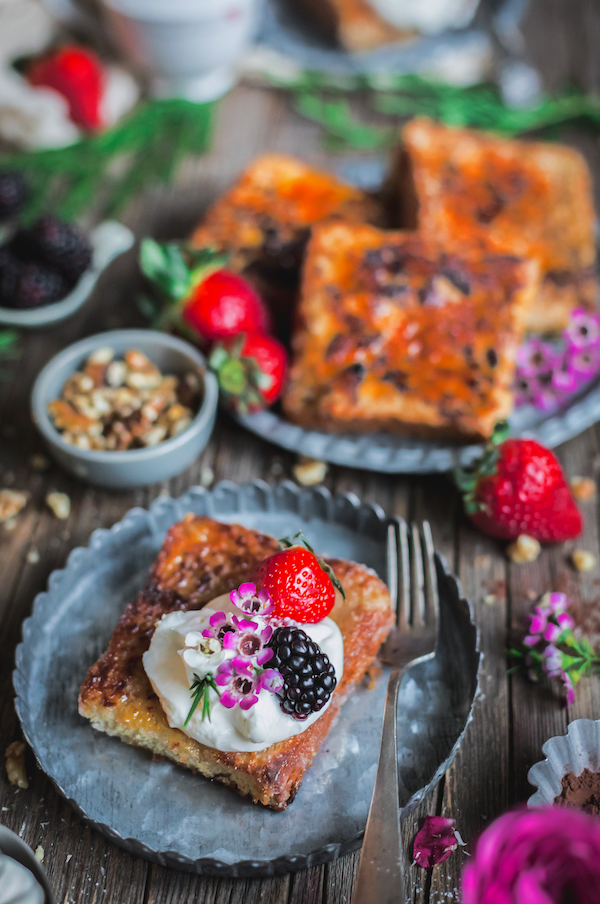 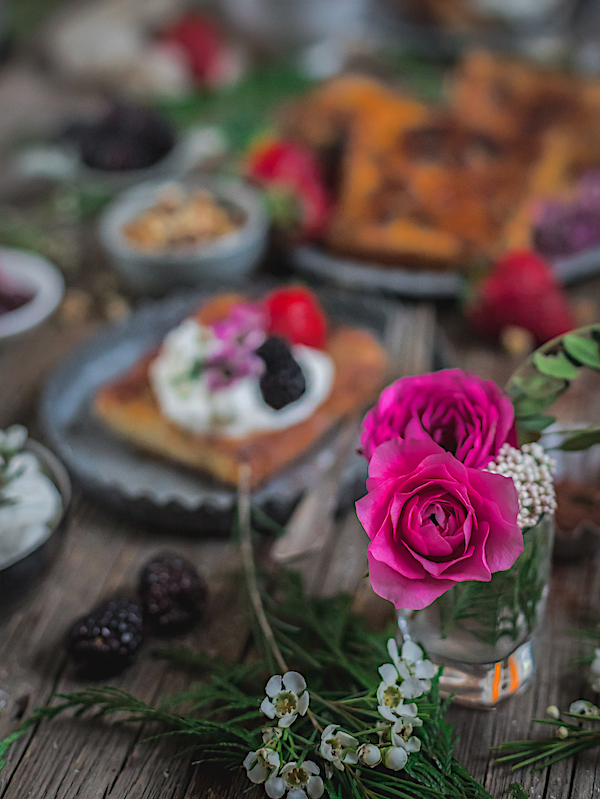 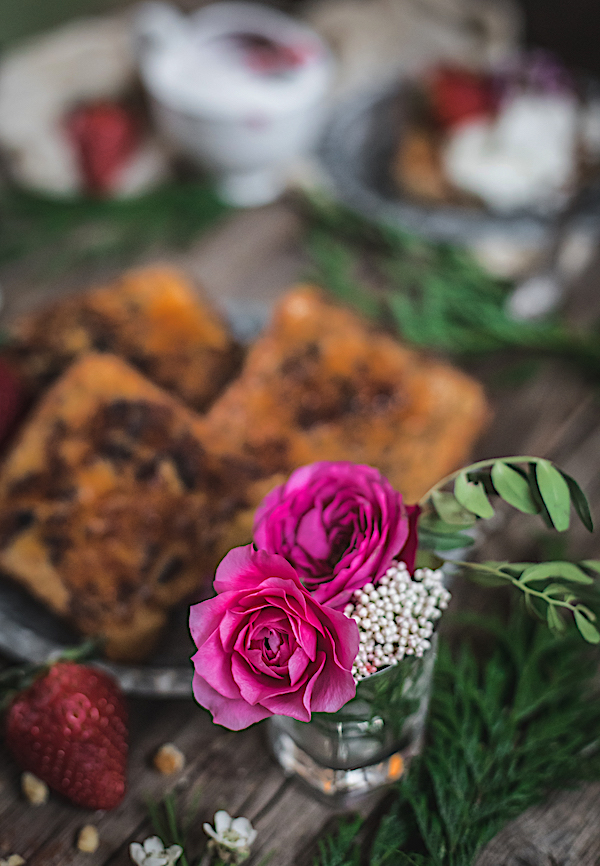 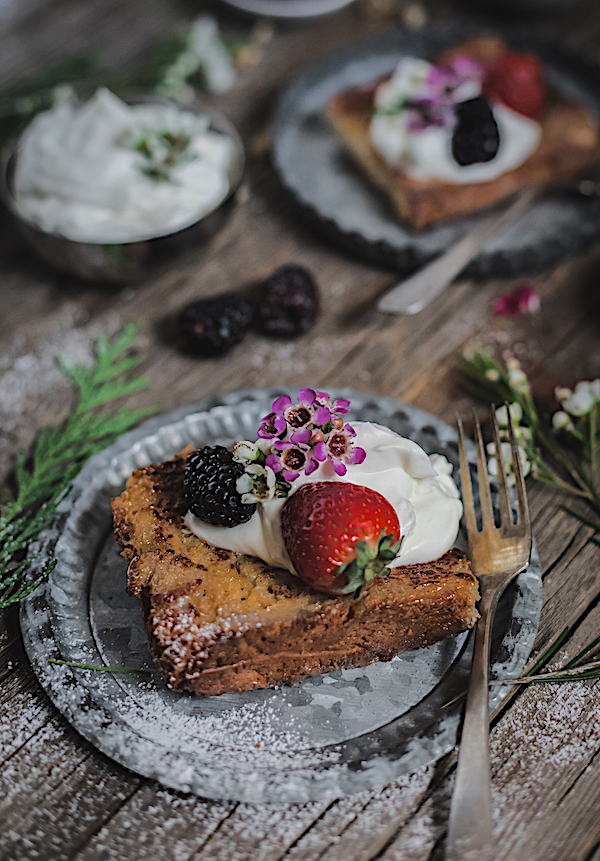 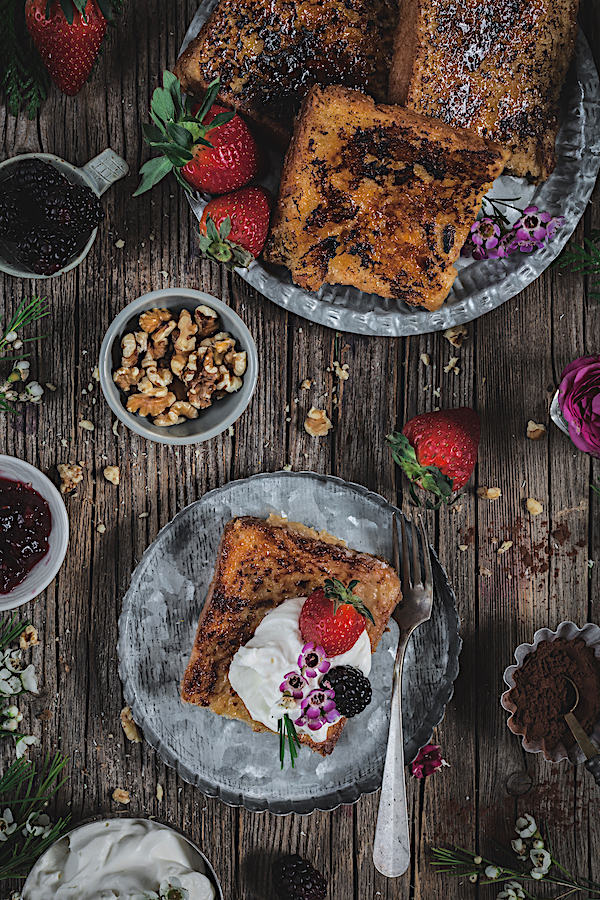 In a saucepan bring to heat the coconut milk with the sugar, orange peel and cinnamon. Let gently warm.

Meanwhile, cut the bread brioche into slices of a cm and a half approximately. If you are very large, cut each slice in half. Put them on a baking tray.

When the coconut milk is very hot, pour it onto the tray with the slices of brioche bread and let stand. After 10 minutes turn the slices and let sit another 5 minutes.

In a bowl beat the eggs with the help of a fork. Pass the toast by beaten egg

Now there are 3 different ways of making them:

We cover a baking sheet with baking paper. We put on the Pan bread slices already passed by beaten egg. We Bake at 190 degrees for a few minutes until it is golden. Past this time we give back and let Brown a couple of minutes. Remove from the oven and sprinkle well sugar and return to the oven and grill function until sugar has roasted and caramel has become.

Alternatively, you can make them on the grill in a frying pan. We pass the slices of bread by beaten egg and lightly Sauté in a skillet on both sides. We are withdrawing. E the same frying pan, put to heat the tablespoons of sugar with the water and let the sugar turns into a golden caramel. Then we pass each of the slices candy and place on a wire rack or on paper for baking and let the candy harden and cool

The third way to make them is once it is golden, either in the oven or in the Pan, we sprinkle one to one with sugar over the entire surface. With the help of a kitchen torch we burn the sugar until a toasted caramel forms.

Serve with some whipped cream or with a bit of vanilla ice cream. [

Coconut-pineapple cake. My version of the hummingbird cake

Granola of quinoa with coconut and almonds and yuzu oil