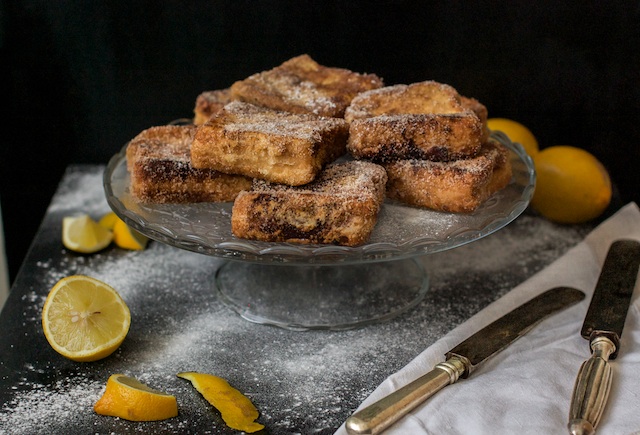 The traditional torrijas are one of the most typical sweets of the Lent and Easter, although there are some pastry shops where you can buy them year-round. However, its origin is in trying to relieve the pain of women giving birth (XV). Then, they were served with a glass of wine.

Little by little they became the ideal way to use bread leftovers at Easter, and today you would not think about Easter without a torrija.

They are made based on slices of bread from the previous day, watered with syrup, wine or milk and there are even places where they are watered with chocolate (promise the recipe for next Easter).

The origin is Spanish, and gradually other countries have established their own versions, such as France (pan perdu), Portugal (slices) and also some Latin American countries.

These that I bring you today are the traditional ones, and my son has prepared them as a snack with friends. The only thing that must be taken into account is that children should not fry them so an adult must help them. Moreover, he learnti to make them last year and this year he has begun preparing the first batch himself. Bon appétit! 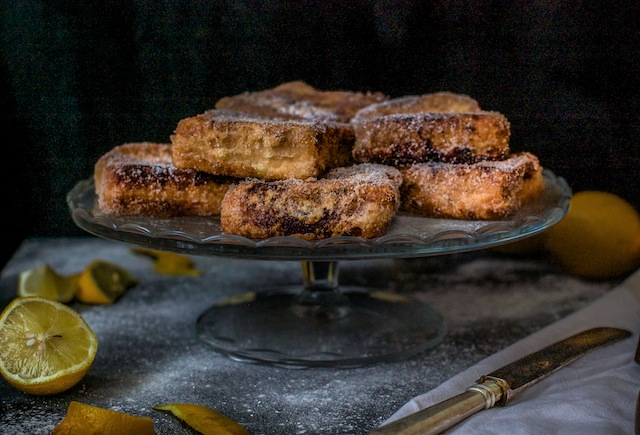 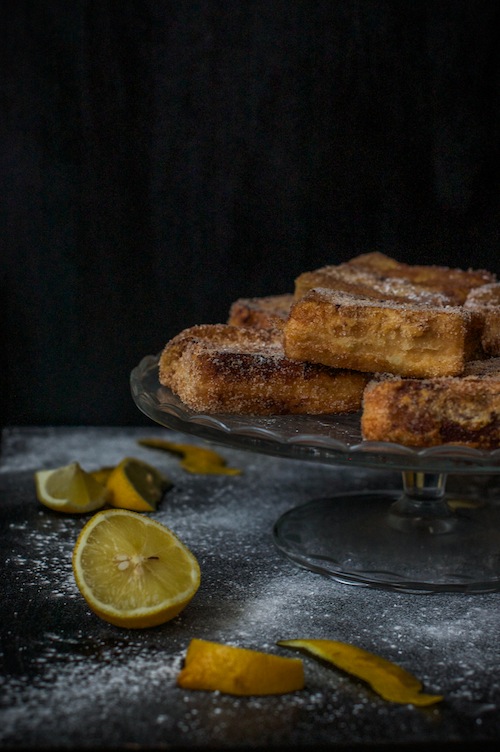 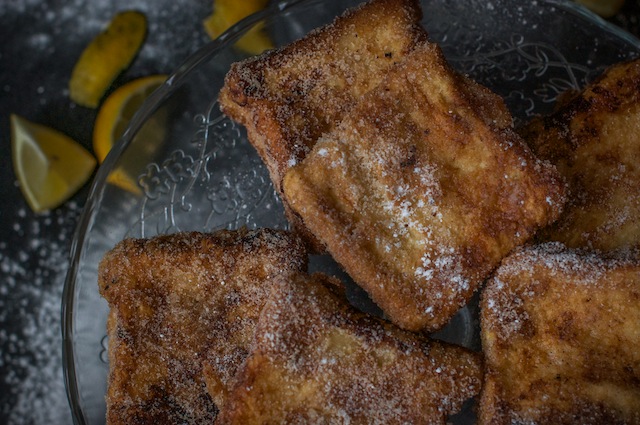 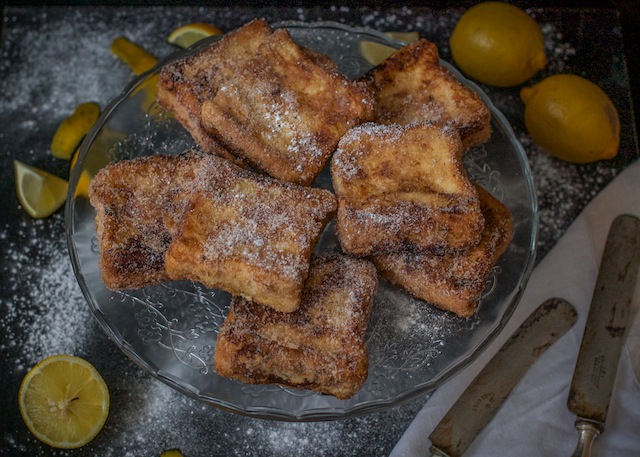 1. Pour milk in a saucepan. Add the lemon peel and the cinnamon (if it is very large cut it in half).

2. Cook over low heat for 5 minutes approximately. Go to a large bowl and let cool.

3. Cut bread into 2-3 centimeters thick slices and place them on a plate. I used a loaf of bread for torrijas because for me is easier not to cut the bread.

5. In a bowl, beat the eggs. Prepare a plate with flour and another with absorbent paper.

6. In a bowl, mix 3 tablespoons sugar with 1 teaspoon cinnamon. Put the oil in a frying pan and heat.

7. With the help of a spatula, pick up a torrija (care they can break, so be careful and use a fork or spatula to pick it up from the dish or bowl. Put the torrija in the flour dish and cover both sides with flour. Now dip well in beaten egg.

8. Now you need to ask an adult for help and fry them in olive oil. Fry one minute on each side until lightly browned and have a beautiful golden color. Transfer to the plate with a paper towel.