The city of Shakespeare. Stratford-Upon-Avon 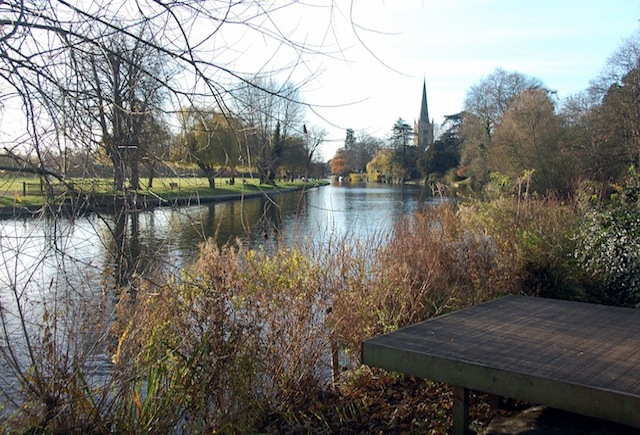 A few days ago I saw with my son the movie Shakespeare in Love. I was studying Shakespeare in the subject of English literature and commenting me it spoke to him of the film. The idea that we decided to see it liked it so much together and days later ended up seeing her again in class with the teacher and their classmates. I love the history that is behind this writer, in addition to his works, and I guess this made to visit Stratford-Upon-Avon It was even more interesting. Located in the County of Warwickshire to the South of Birmingham, Inglaterra It is known, above all and by all, for being the place where he was born and grew up William Shakespeare.

The truth is that it is a place that time seems to stop and in the twenty years that have passed since the first time I was, I must admit that very little has changed, which says a lot about a place that boasts of keeping the charm and the magic that surrounds this fabulous writer. Among the more bucolic landscapes of this city with over 800 years of history, a stroll along the banks of the river Avon It runs through its extension takes the cake. 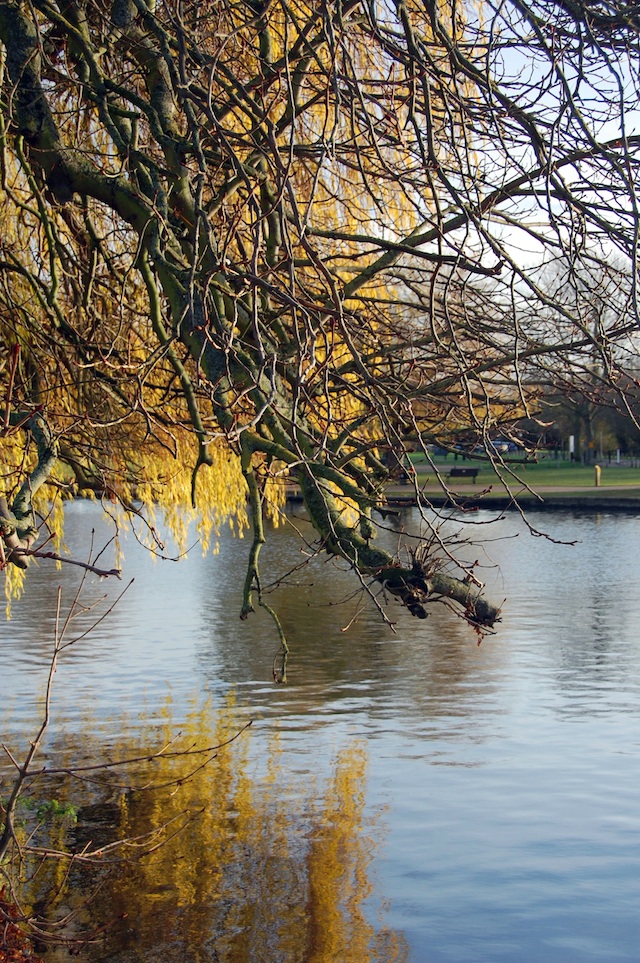 Ideally start the walk at the end of Bridge Street (one of the main streets) in The Encore, the pub in which sailors visted nothing more dock in the era in which trade on the River was the most important activity of the city and Stratford, made one of the most important inland ports of the country. Although the building is the original has been completely renovated on the inside and the food and the atmosphere are rather more refined initially that the sailors had their tables. 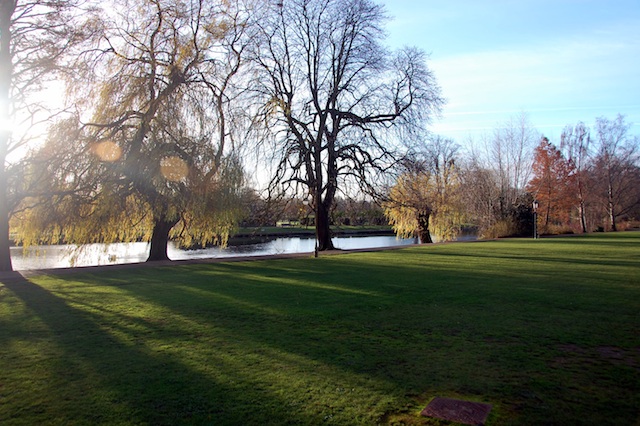 A little later we find the romantic gardens of Bancroft. This part of the shore was frequently flooded in the 18th century with the river level rises, and is precisely because of these floods by what was never developed urbanistically. This Esplanade of land now covered by grass, trees and flowers, was originally a place of grass for the sheep waiting to be shipped on boats on the banks of the River, when they were not covered with mud. 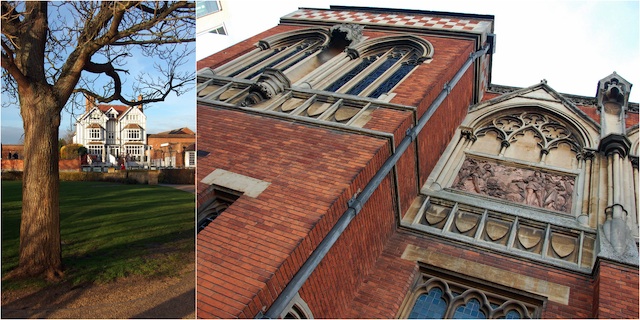 Today it is an idyllic spot in which it is impossible to not be carried away by what you breathe and peace that makes it easy to be transported to times of Romeo and Juliet watching swans swim in its waters. on weekends there are many activities outdoors and an ideal place to spend the day with the children is.

We arrived at the red brick theater, the Royal Shakespeare Theatre. In addition to theatre is one of the seats of the theatre company Shakespeare, one of the largest in the world and brings together the best theatre actors come from all corners of the world. The building was designed in 1932 by Elisabeth Scott replaced the old theatre, which burnt down in 1926. Art Nouveau of the former building was reopened in 2010 after an upgrade that kept many elements. Back of the building complies Theatre The Swan (The Swan, although locals call it "dirty duck" because they don't like their appearance), and retains the decorated Victorian structure that survived the fire of 1926

Just in front of the theatre a row of houses there are 18th-century cottage type and representing the most humble residences of the city. Red brick covers today the old structures of wood and today are houses envied by its situation. 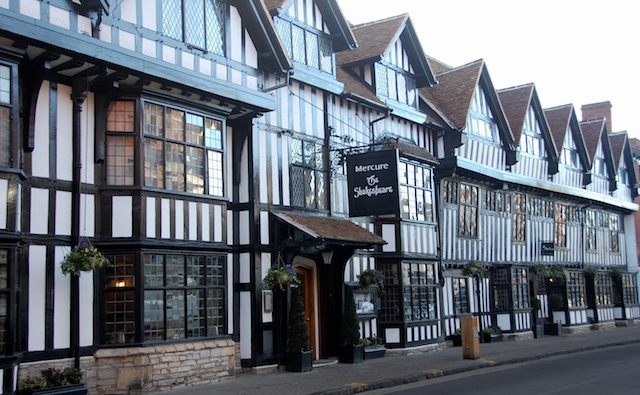 Along the promenade will have the opportunity to see some buildings of stone, brick and stucco and traverse the Gardens Theatre. These gardens date from the beginning of the 18th century and still preserve the Orangerie (glass cover arcade) original transformed that yes the Center for visitors of Brass Rubbing. 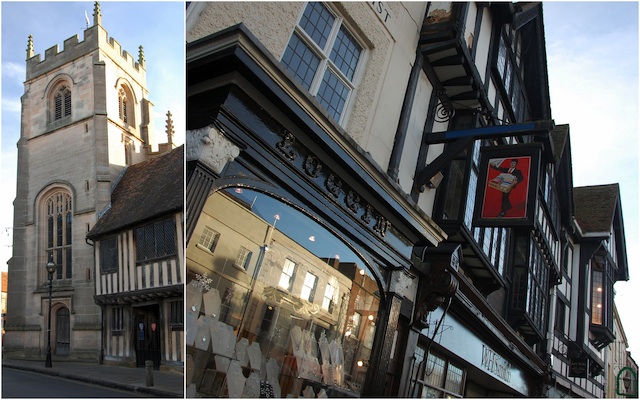 A little later the cemetery leads through a lime tree trail to the Church Holy Trinity whose foundations are from the 13th century and is an example of English Gothic styles 3: first English Gothic, Gothic decorated and perpendicular gothic. Inside is the tomb of Shakespeare.

Here ends the walk into bank of the Avon. We can return the opposite bank occupied by a large park for children. It is a very short walk, just a couple of miles back and forth but that will allow you to enjoy a face different from Stratford-Upon-Avon. Another day, he'll take you by the buildings of the city, but today I hope that the ride liked.

And after this magnificent promenade has entered me hungry. I do not resist these delicious marbled chocolate and orange cake bundta you know that I love the bundt cakes and it is pleasure for the eyes and for the taste. And after the hike, have earned them don't you think?