Pier one, the new port of Malaga 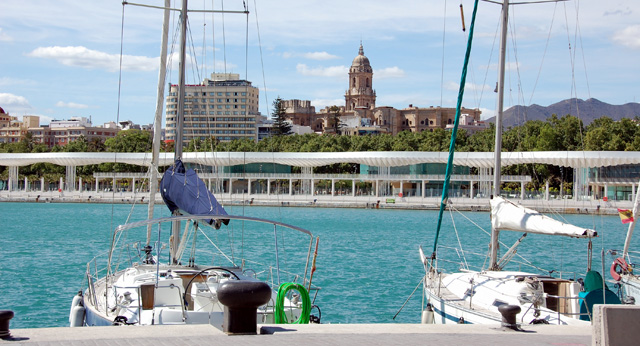 One does not decide his fate, but if the attitude in the life which then will mark our destination

The passage of time is irreparable for all cities. There are some regular aging and others on the other hand, that over the years feel you wonderful. This is the case of my city, of Malaga. One who has known the city more than 15 or 20 years ago, is surprised today to recognize it renewed and with major changes.

Definitely the pedestrianization of the historic and especially the Calle Larios more than 12 years ago, turning it into an elegant infinite square, provoked a change radical in how to live the city, and despite initial criticism, the modification was a resounding success for all: visitors, citizens and merchants. Unambiguous sign of improvement is that it continues to expand the pedestrian area of the Centre with new projects. 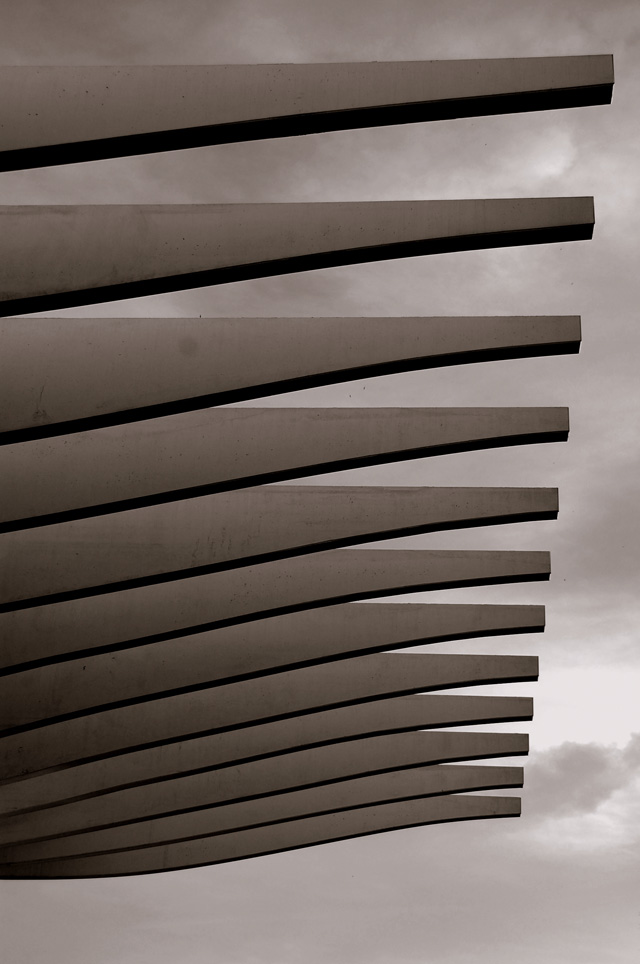 However remained pending the opening of the sea to the city, from the closed port that was meant only for goods and passenger traffic. In December, we received the early visit of the Magi, and Malaga were presented with one of the interventions most important years, and probably that has most changed our routine ways of walk: the apertura del puerto a la ciudad con el Pier One and Palmeral de las Sorpresas. 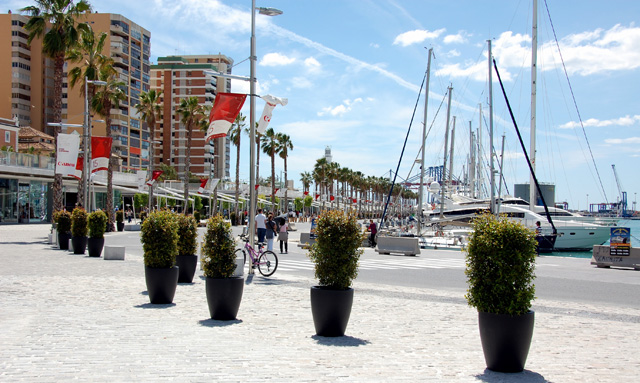 For you do not know the city, Malaga It is a city built along the coast. Surrounded by mountains, its situation did have to grow along and not towards the inside. The new pier one has won the city and its inhabitants the pleasure of enjoying the sea not only in summer but also throughout the year. 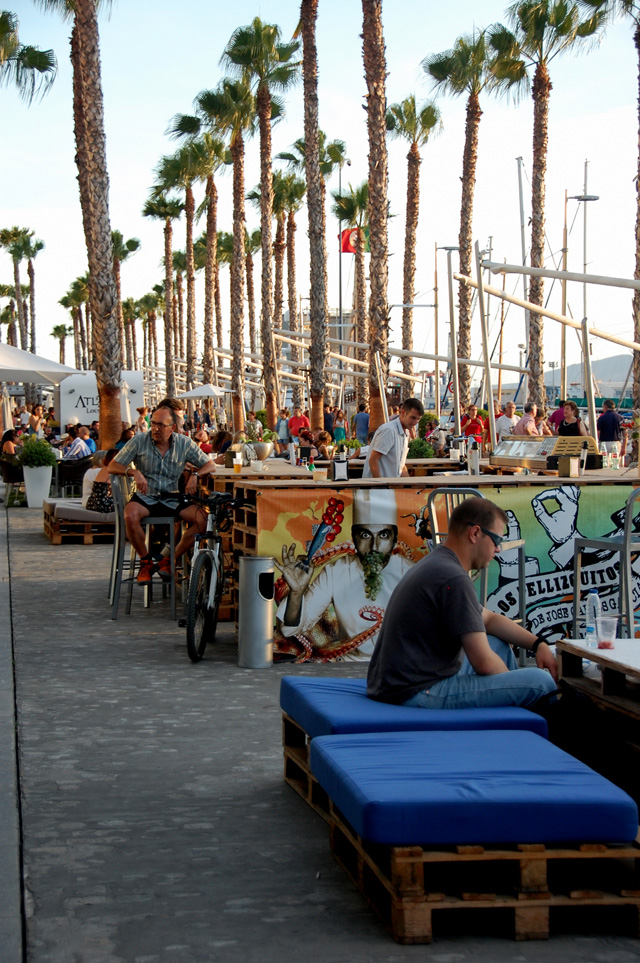 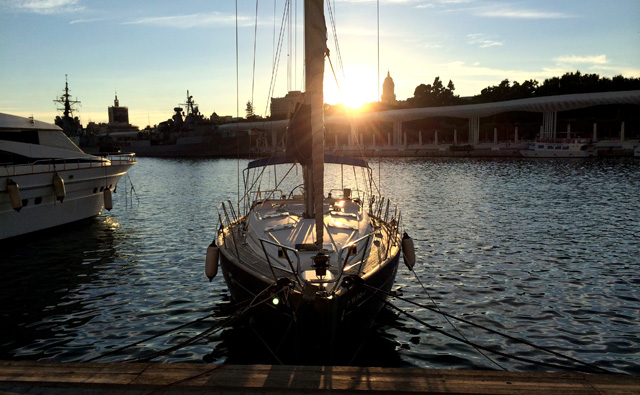 At a dock full of shops and restaurants, the variety is so great allowing drink, dine or eat to suit all budgets. This together with the cultural and leisure, completes the range of possibilities that it offers to the visitor. 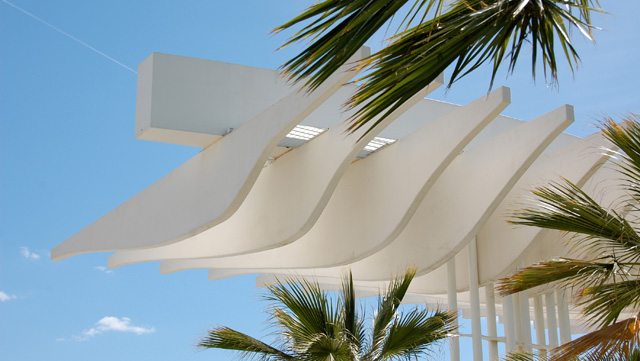 Entering from the Marina SquareWe began our tour of the Palm Grove of the surprises, so named for the number of Palm trees planted in this area. Throughout this tour we will find the new Aula del Mar in the Alborania Museum, entity committed to the conservation of the natural resources of the sea by encouraging the learning of life in the sea. 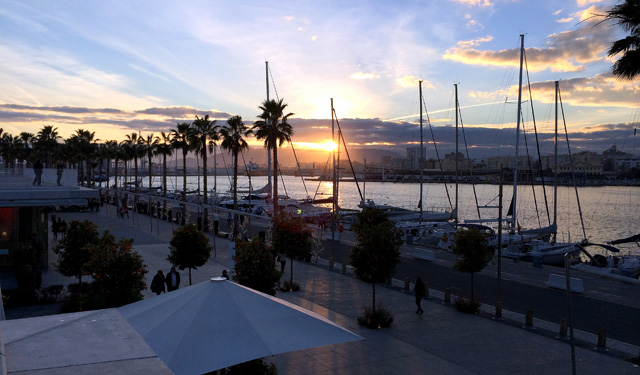 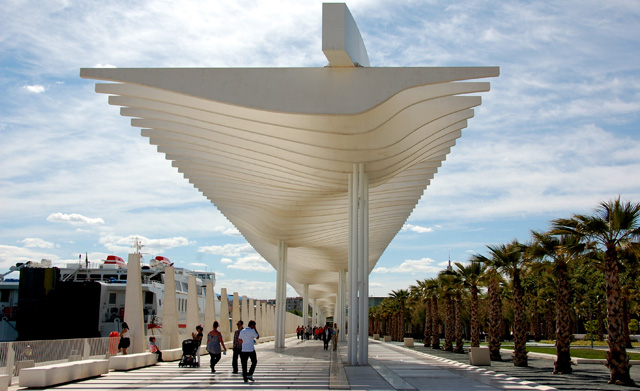 A little later a cruise ship terminal warns us that the new port not only is ready to divert to Malaga, but for Travelers arriving by boat.

Fountains and restaurants complete the offer of this side of the pier. Arriving at the corner, we found a large glass cube where soon opens the new Museum George Pompidou Centre (the first outside of France) to come to complete the cultural offer in the area. 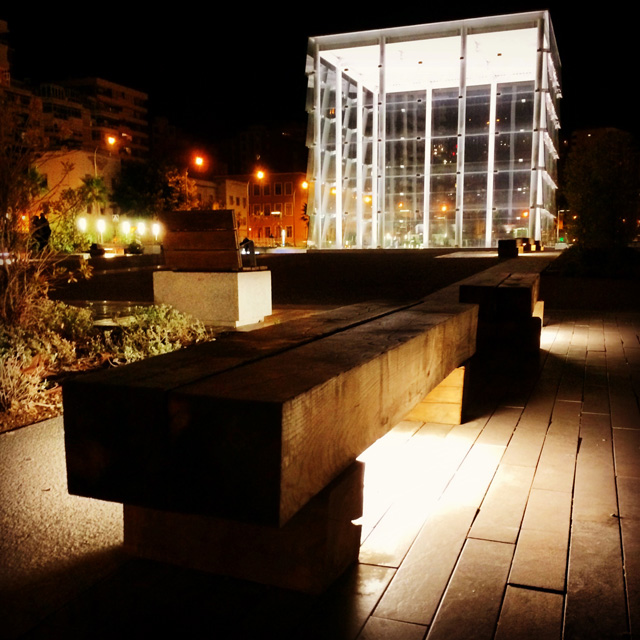 From here, everything one can imagine to have fun: boat trips on the Bay, rent of bicycles and tandems and rent of segway along with markets, shops and restaurants form a large leisure and catering offer and all in a unique setting where to enjoy from the sea of the best views of the cityonly improved by those who enjoy from neighbouring Castillo de Gibralfaro. 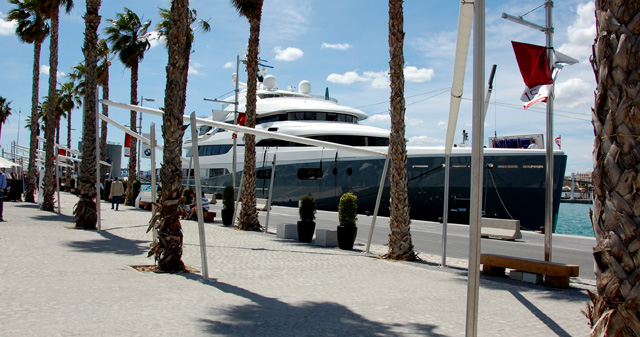 Throughout the whole area of the dock moored boats and sailboats of different length are: from sailing ships and catamarans to the most exclusive yachts you can imagine (regular visitor is the yacht's) Paul Allenco-founder of Microsoft, or the saudi King Abdulla Al New car(, luxury both with heliports, helicopter and swimming pool that make look over an entire building than a boat). 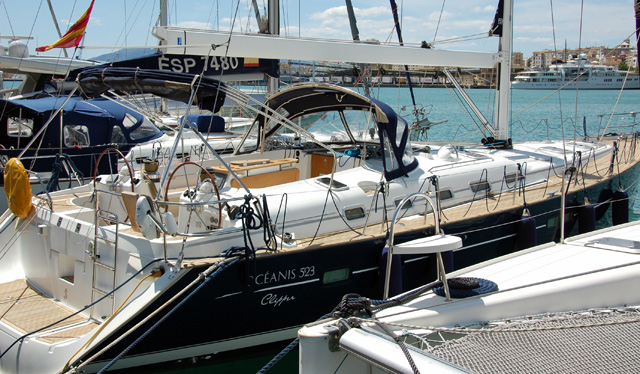 Along the pier one, there are lots of shops bars and restaurants where to take a drink, an ice cream or a pizza and also where you can enjoy a superb dinner at the exclusive restaurant from Jose Carlos Garcia (one star Michelin and two suns Repsol) with a unique view over the sea and the city in the background. In fact, during the afternoons of summer, at very affordable prices, you can enjoy the so-called Jose Carlos snacks "surrounding" 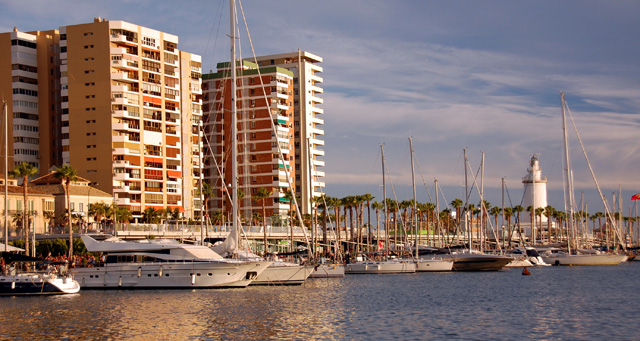 No doubt Pier one has become also point meeting of citizens and visitors, what he has done is always brimming with life. Definitely a place to point on your next visit to Malaga.

When one thinks of fried fish always think in Malaga. Anchovies, which is as we known in all Spain. Pier one will find also many places to eat, and of course fish sites. As that today I bring you. Tuna is a fish that resembles the pig in its use: "until the gait" saying my grandmother trying to explain that it can take advantage of absolutely everything.

The tuna cooked with onion Gets a special juiciness, but my son I always complained because although she loves tuna, doesn't like to eat onion as is. My trick? That I bring you today: pass all the tuna sauce with the help of a vessel beater so it is thick and rich. The problems ended with the kids! My secret of tuna with onions.

Shipyards: The market of Malaga

Gastronomic meeting we eat Malaga. (I)