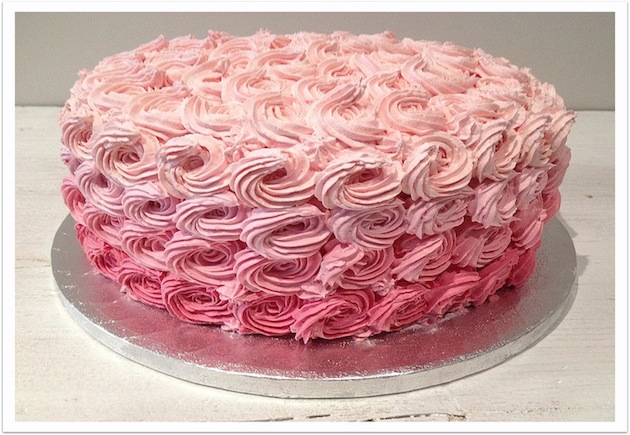 "Love speaks even with your eyes closed" 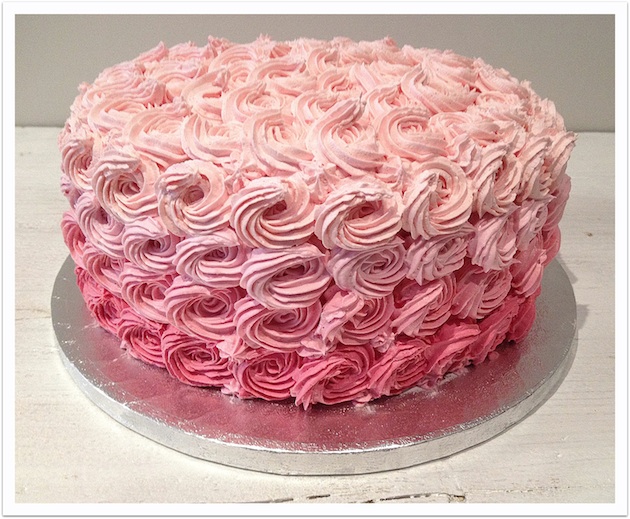 Is Valentine's Day and it appears that hearts they are more visible... all the shop windows are filled with color red and pink, with many hearts of all sizes.

This Anglo-Saxon traditional celebration has been extended by almost all developed countries as occasion so that couples can show their love. In Spain It is a relatively modern party which is mostly followed by young people, and some not so young, as an occasion in which express capitalized who want what we care about and what it means for us. But why limit it to the couple?. Many times I've celebrated Valentine's day with my friends or the gang. Pump spent it all together and each one said something that he liked from another friend. Everyone just doing advocacy of friendship and laughter dead!

For some it is an absurd party that created the malls to make his August after the slope of January, however it is a celebration that has its origin in the worship which the Romans held the King of love, Cupidoffering gifts and gifts in return for the favour to find love.

In the end it's put a bit of romanticism in our day to day, make a stop and something different. I propose a plan that my I love: see a romantic movie with my two boys (the large and the small) to be together a while tasting this delicious cake that I teach you today. 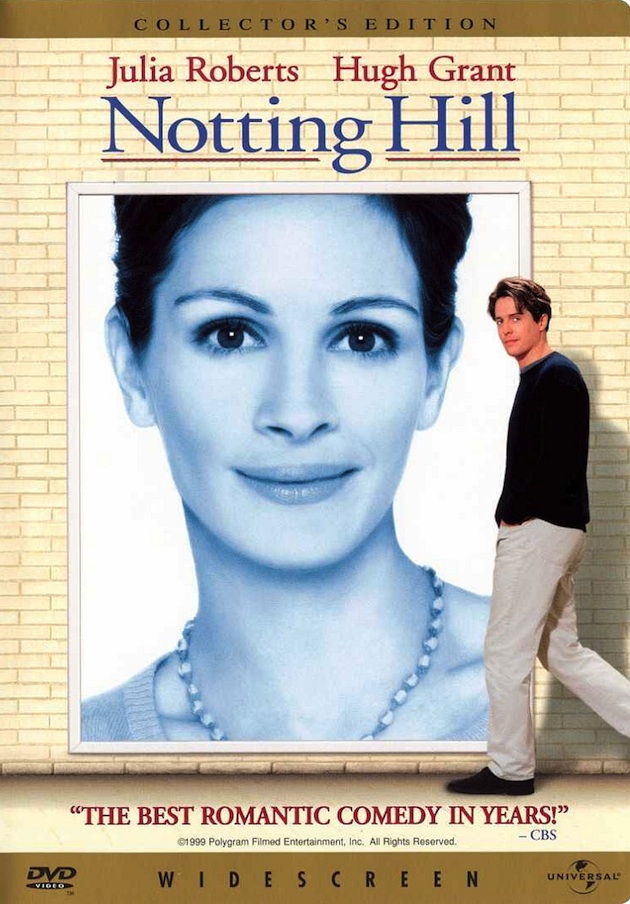 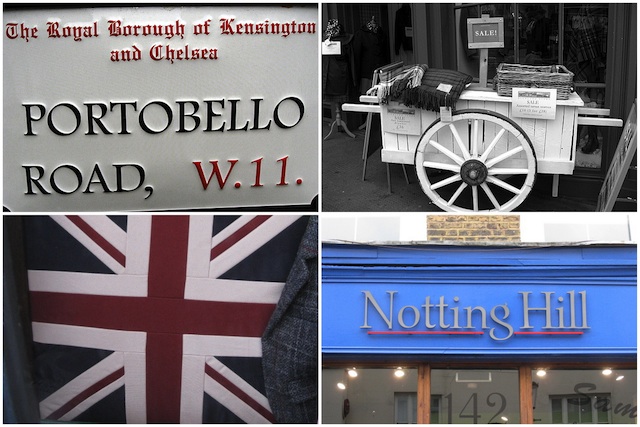 One of my favorite romantic movies (good for the entire family), is Notting Hill. Not only by their protagonists (a beautiful Julia Robert, a charming Hugh Grant and a hilarious Rhys Ifans), if not for the way in which the story. The 1999 film is located in London, especially in the most famous district of the city: Notting Hill... and you know what I like to my London. The story tells how a famous actress enters a small bookshop in Notting Hill to buy a book (the bookseller is Hugh Grant who falls madly in love). In addition, the soundtrack of the film has one of the most beautiful songs ever written: Sheplayed this time by Elvis Costello and another of my favorites, When you say nothing at all Ronan Keating. 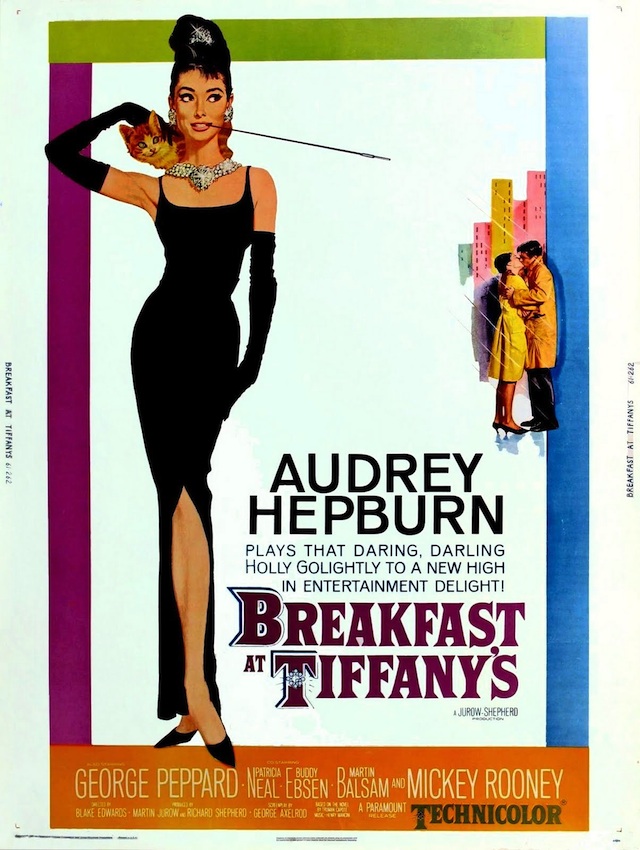 Producer: Paramount films. Picture of Palace of the cinema

Another film that I always remember when it comes to hearts, is Breakfast at Tiffany's, a classic starring by Audrey Hepburn (probably the woman with more style that has ever existed) and George Peppard (who then protagonizaría the team A series). Located on New York's Fifth Avenue, it tells the story of a writer who is maintained by one older woman, while Audrey Hepburn is a somewhat extravagant actress that used to have breakfast with jewelry Tiffany & Co. Everything changes when both become neighbors and his life as a 180 degree turn. The soundtrack boasts one of the best known songs of the film in black and white: Moon River Henry Mancini and Johnny Mercer. 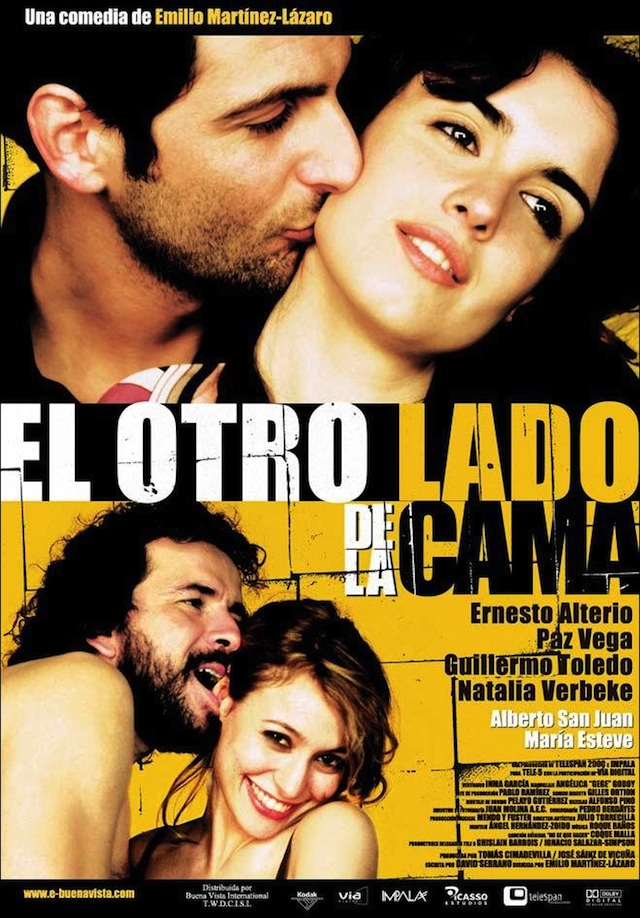 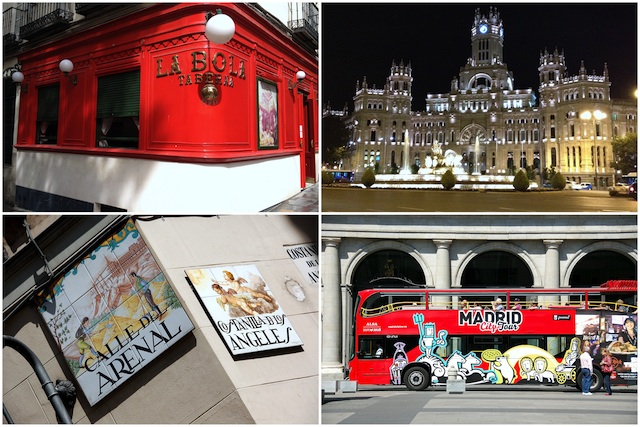 And finally, a movie that I always laugh much and at the same time I think that very romantic is The Other Side of the Beda musical starring hilarious romantic comedy mainly by Paz Vega, Ernesto Alterio, Guillermo Toledo and Natalia Verbeke. The story of two couples entwined and retold as a musical in which the soundtrack as bright groups put it as Tequila, The Smiths or Coque Malla Los Ronaldos (singer). Highly recommended if you bored too romantic. The film which takes place in Madrid, is interspersed with stories of characters who appear and disappear making it very moved. 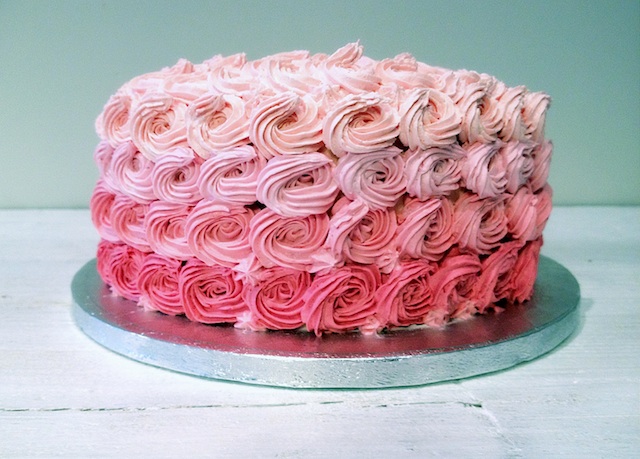 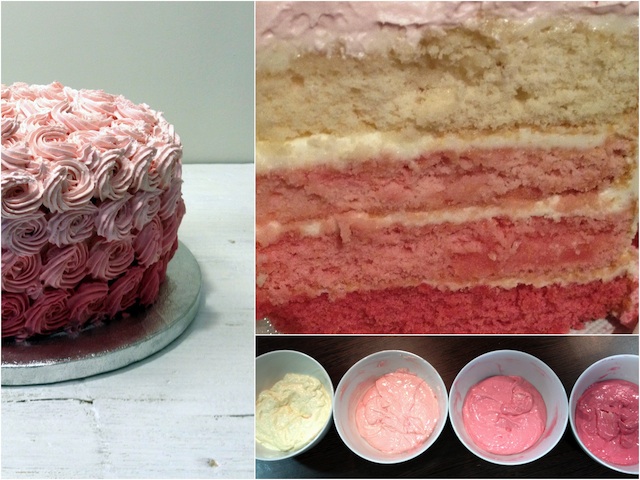 So to celebrate Valentine's day, I flee from the typical hearts and I present this jewel to the eye and the palate. My version of La Vie en Rose. A multilayer cake (Layer Cake) of colors with a gradient of color in the cake and cream covering it, and I hope you enjoy. It's a white cake (don't have yolks so it does not become yellow and the colors are more pure), and a delicious vanilla frosting. Very fun and enjoy the cake! 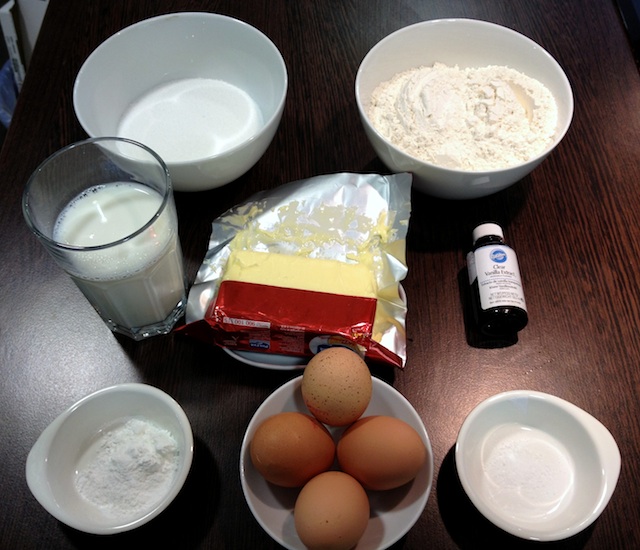 For cake in a cast of 22 cm in diameter 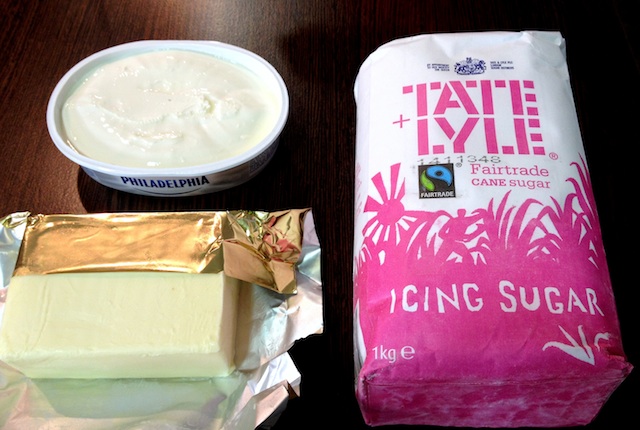 To the cream of Filling Vanilla

Total €7.69, as divided between the 16 generous helpings that come out of this cake price is € 0.48 ration. There is no breakfast or cheap and delicious snack.

It is a typical sweet dessert or snack I am going to recommend taking it with a sweet wine. I recommend today Bach Extrísimo, a wine from the Penedés ideal to accompany desserts, sweets and foie gras and pates. Its price is $ 3.39. 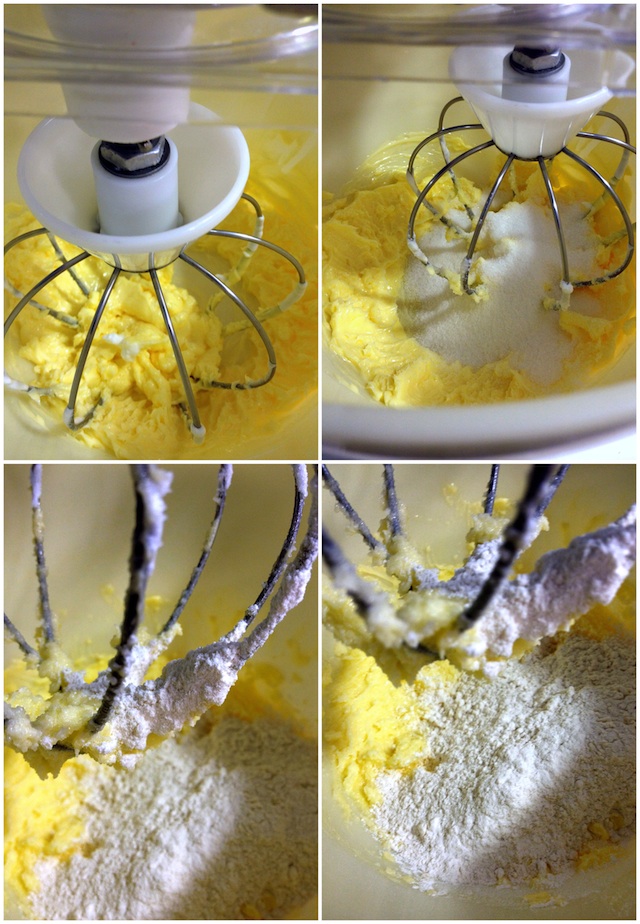 2 we will begin by preparing biscuits. We have to do four cakes of the same thickness.

3 beat 230 grams of sugar with the butter until creamy with the help of an electric mixer. 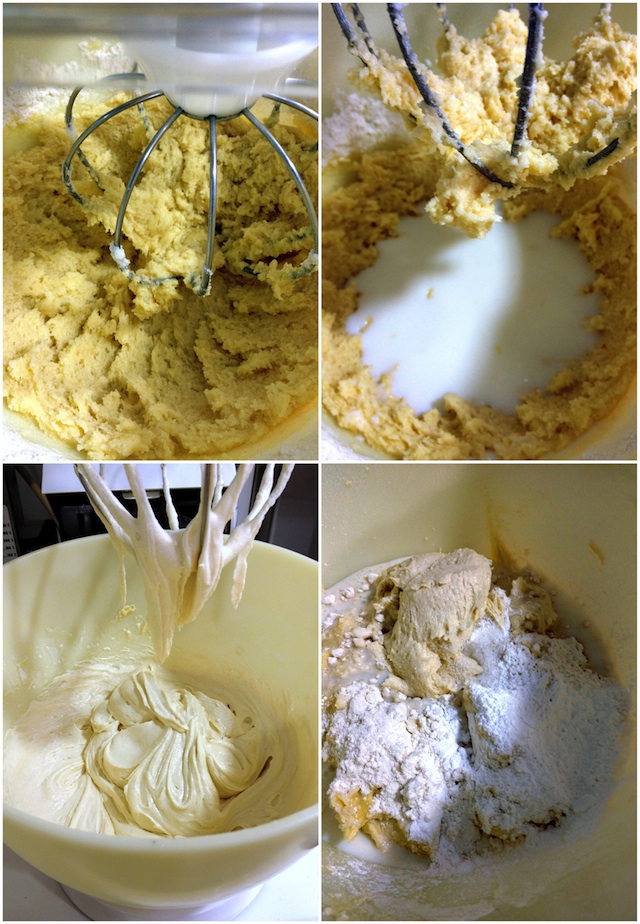 5. Add 1/3 of the flour to the mixture of butter and beat until everything is well incorporated down with a spatula that is glued to the walls of the bowl.

6 Add half the buttermilk (or yogurt) if it is what you are going to use and mix well. 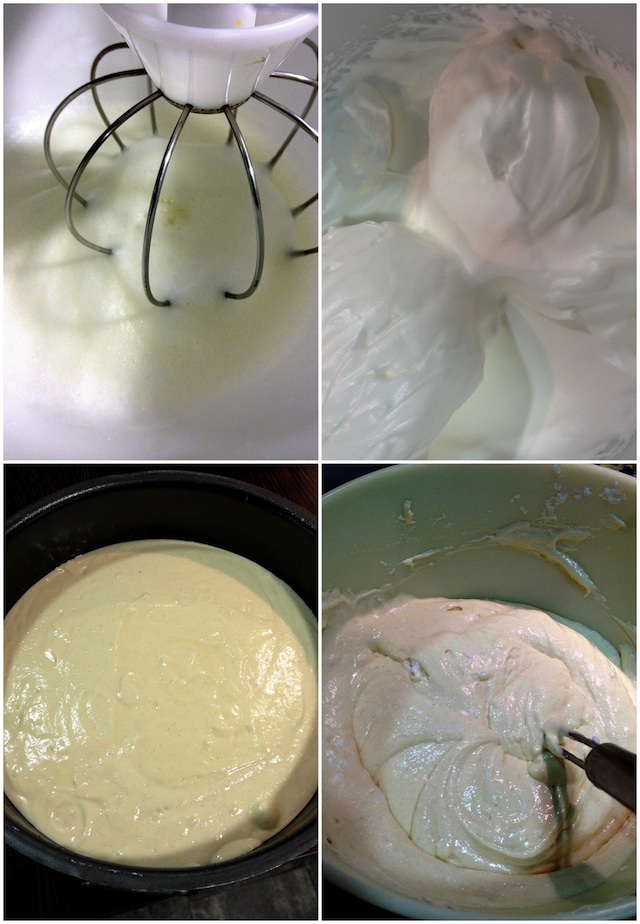 10. at very low speeds incorporate the meringue. If the lowest speed of mixer is too fast, perform this operation by hand with a spatula and outflanking. 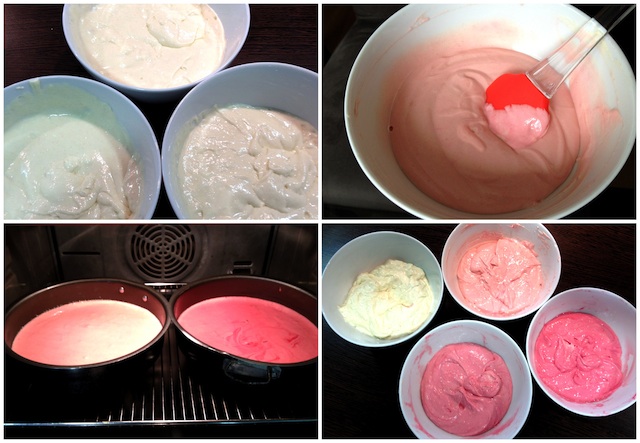 11 distribute the cake in 4 bowls of equal mass (about 275 grams in each bowl, but you have to weigh them so that all are equal).

12. with the help of toothpicks dye mixture of each bowl until the desired color, taking into account that one of the bowls is not colored: gets wet the tip of a swab of teeth in the dye, the stick is inserted into the bowl. It grabs another stick, wet the tip in the dye and becomes one of the bowls. He is repeated with the latter. Repeat the operation so that we'll have a bowl without stick, one with 1 stick with dye, another with 2 sticks with stain and last with 3 pallillos with dye.

Each stick can be used only once. Then pulled. If we go back into the pot of dye, this is will contaminate and be cast to lose.

Remove the stick from the bowl which has only one (the sticks are pulled to assuring us that we have stopped coloring in the mix, and pulled once it begins to mix with spatula). With the help of a spatula mix well until the dye is completely dissolved and the color is uniform. Repeat with having two sticks and finally which has three.

A scale of color among the 4 bowls, leaving one of them without coloring should be. Add more coloring if necessary to create the gradient color scale.

14 Bake at 175 degrees for about 12 minutes each. Place on a wire rack and let cool completely. 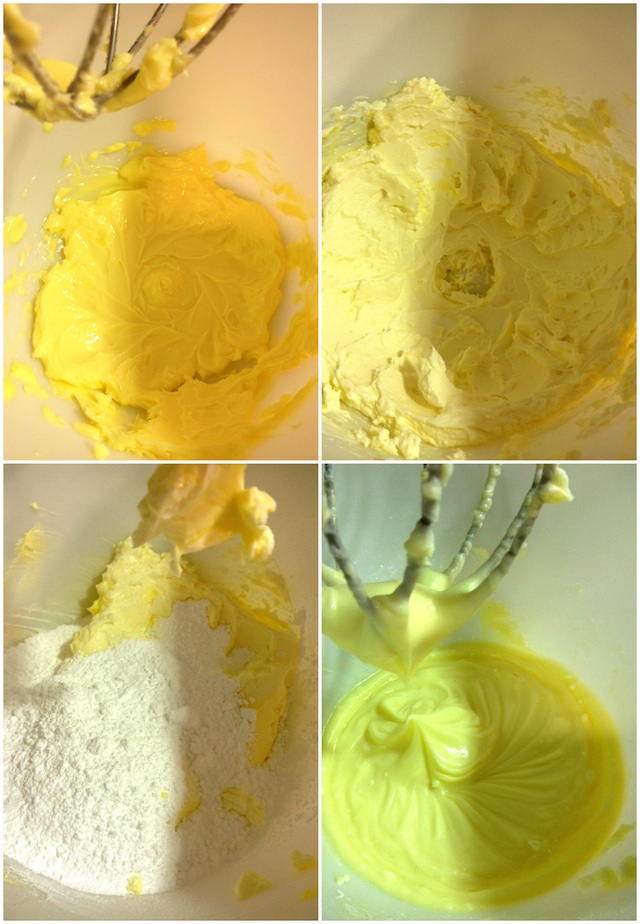 15. now we will prepare the cream or vanilla frosting.

17 Add the vanilla. Stop the mixer and add the icing sugar, taking care to mix a bit with a spoon before start-up the mixer and to avoid sugar splash everywhere. Beat at medium speed until cream is fluffy.

18 Add slowly the cream and little by little until we reach the desired consistency: it should be thick enough to be able to extend it and make it with body.

19 continue beating 1 minute more. Use or put in the fridge. This frosting may be stored in the refrigerator several days, but if we do, we will have to beat a little so that it recovers the desired texture. 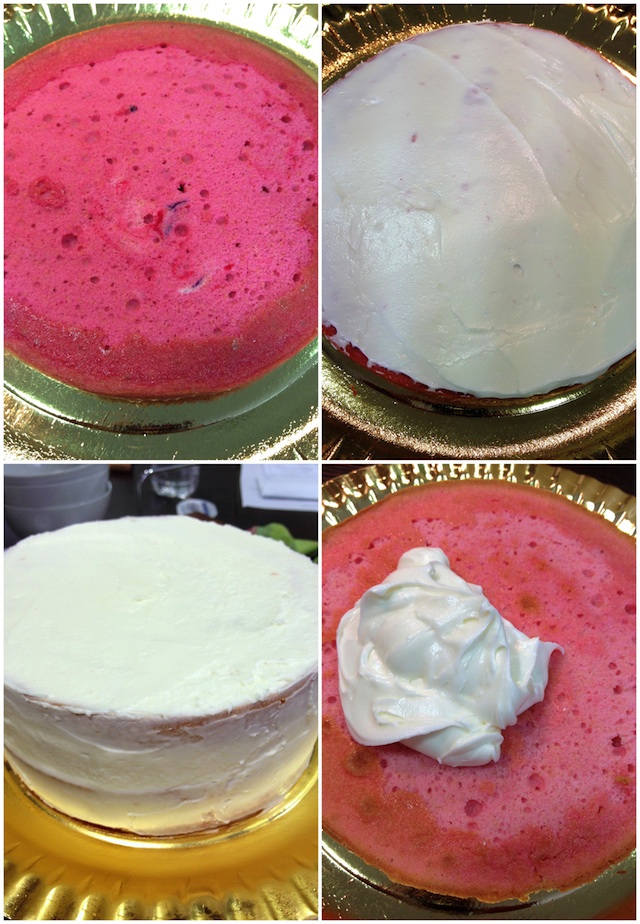 21. Finally mount the vegetable cream. Using an electric mixer, fit the cream until it is creamy and hard, so if we sink a finger, the mark stays in the cream.

22 we divide cream into four equal amounts in bowls.

23. with the help of toothpicks, will also dye the mixture of each bowl until the desired color: gets wet the tip of a swab of teeth in the dye, the stick is inserted into the bowl. It grabs another stick, wet the tip in the dye and becomes one of the bowls. He is repeated with the other two bowls. Repeats the operation so that we'll have a bowl with 1 stick with coloring, one with 2 sticks with coloring, one with 3 pallillos with dye and the latter with 4 sticks with dye.

24 again: each stick can be used only once. Then pulled. If we go back into the pot of dye, this is will contaminate and be cast to lose.

25 remove the stick from the bowl which has only one (the sticks are pulled to assuring us that we have stopped coloring in the mix, and pulled once it begins to mix with spatula). With the help of a spatula mix well until the dye is completely dissolved and the color is uniform. Repeat with the rest of the bowls.

26. This should make having a scale of the cream color. If we want to increase the color of any of them, just to add a little more than colouring. 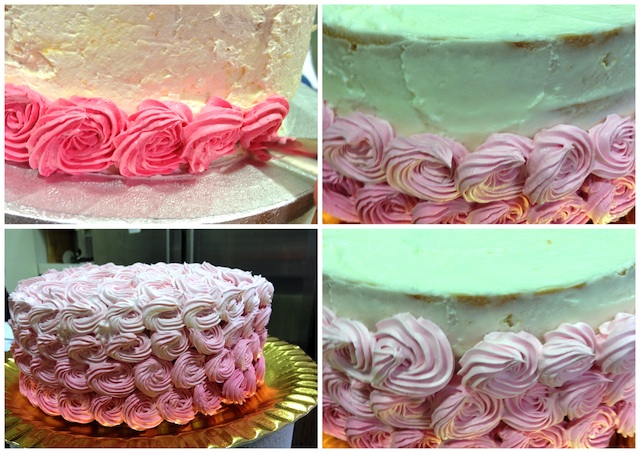 27 put a nozzle of number 21 in a sleeve pastry to make roses. Begin by having the strongest pink and always by the bottom of the cake.

28. to this end we will place sleeve 90º on the cake and will start to make the rose tightening in position 9 of an imaginary clock, making a circle in the clockwise direction, and leaving tighten when we come back at 9.

29 we will make the next just pink on the side. We will complete a full turn to the cake.

30 we will then change colour.

31. once we have finished with the edges, we will move on to make flowers from the top of the cake. We will be doing circles of roses starting at the outside edge, until you reach the center of the cake.

Our cake is ready and beautiful and no one will believe that you've done it!! 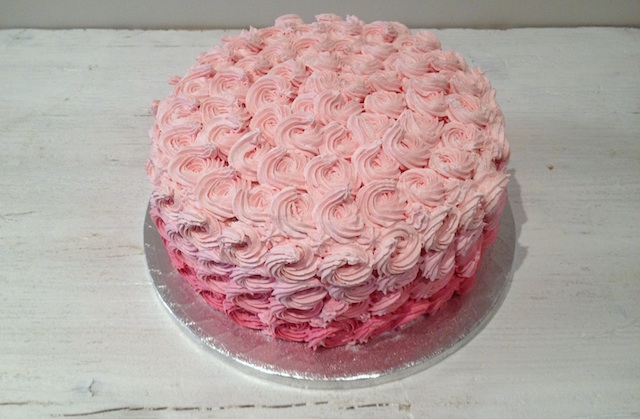 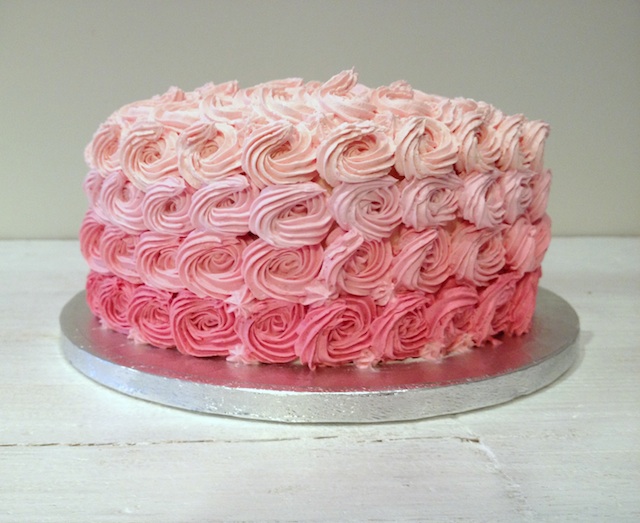 The cake can be made by adding a little grated coconut (my favorite).

Try to fill it with fruits such as maracuya (passion fruit) or raspberry cream.

Do you want to see the rest of dessert recipes posted on the blog? Linka HERE

Do you want to see my ebook of desserts, cakes and sweets? Enjoy of the Sweet Dreams

A terrifying workshop: the magic of Halloween