The cake of the pot (The Pot Cake) 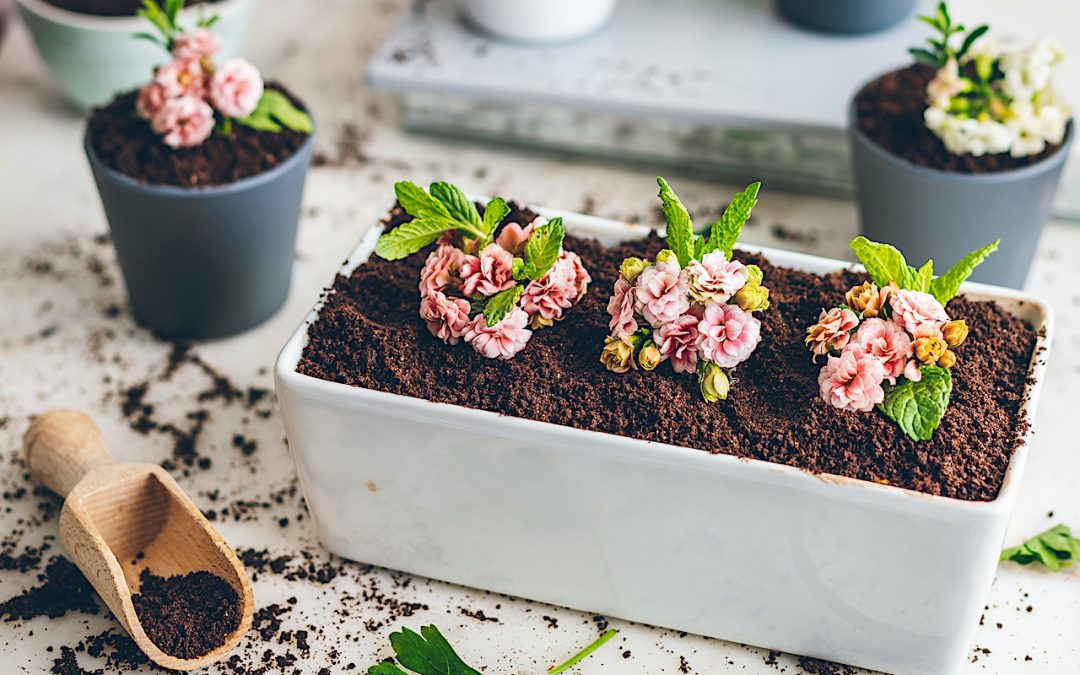 This recipe from La Tarta de la Maceta is one of the first ones I posted on the blog. Today I republish it with the updated photos for you to use in the celebration of this Father's Day so different that we have to live, but the original recipe is from August 28, 2012 (I have left it down altogether so that you see what the original was) it has rained since then!

There are cakes... and cakes!. This is of the latter, your children I am sure... and older are going to hallucinate. It is not because of its difficulty, as others that I have published Here neither for its working hours, nor for its expensive ingredients, no... stands out simply for its astonishing transformation.

At least, that's what's always happened to me when I've prepared the Pot Tart (The Pot Cake). The face of the children is mixture of admiration, surprise, strangeness, that... "Loleta is staying with me." But you must be patient and not count the secret recipe until after trying it, if not, you restaréis you thrill to the cake.

First of all and very importantly, we have to wash the plastic pot well, inside and out and form it with film paper so that the cake does not come into contact with the pot.

The first thing is to open the cookies and separate the chocolate cookies from the filling that we will use to assemble the cream. We crush the cookies with the help of a kitchen robot or by hand. To do this by hand we put the cookies in a clean bag of frozen or zip type and beat them until we get a soil-like texture.

We assemble the cream with the help of a rod blender or with manual rods. The colder the cream, the better it will ride. In a bowl put the filling of the biscuits with a little cream and mix well. When there are no lumps, add the sugar and cream and assemble with electric or manual rods.

Once the cream is semi-assembled, add the tail-cao, or pure cocoa powder and continue whisking until it has a texture of firm peaks

We start to assemble the cake by putting on the bottom a layer of cookies: we dip a cookie in the bowl with milk and place it in the bottom, then wet another and place it next to it, and so until we have a whole layer covered.

To fill the gaps between biscuit and biscuit, you'll need to make smaller pieces. On top we place a layer of cream and chocolate (the mixture of cream with cola-cao). The thickness of the layer will be about a thick dedito. Two or three tablespoons of the cream should be enough to cover the surface of the biscuits.

We're making successive layers until we're done. It is important that the last layer is cream, and on this last layer, we sprinkle the "earth" obtained from crushing the Oreo cookies and cover the entire surface to give the definitive appearance of a real pot.

Just before presenting, place a plant, flower or similar. To do this, we will take the stem and wrap it in film paper and thus prevent the stem from dropping liquids that we do not want in our cake. The flower will give you the ultimate look. To serve, spread the portions with the help of a spoon, making sure everyone drops some "earth."

You'll tell me the result at the table. Keep it a secret and... enjoy! 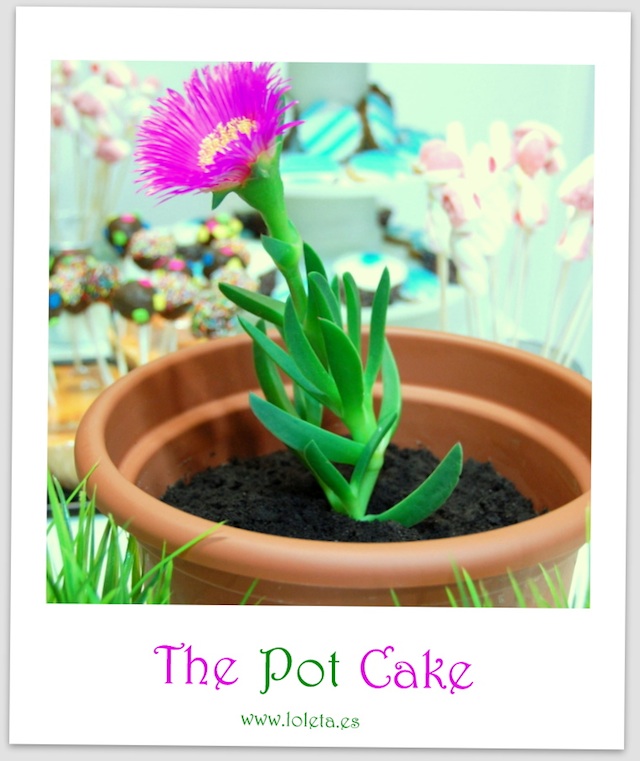 The pot pie (The pot cake) in Spanish

There are cakes... and cakes!. This is of the latter, your children I am sure... and older are going to hallucinate. It is not because of its difficulty, as others that I have published HEREnor by their working hours and their expensive ingredients, not... notable simply by their amazing transformation. At least, that's what always happened to me when I prepared the Pot Tart (The Pot Cake). The face of the chiquilleria mixed admiration, surprise, surprise, that's... "Loleta is running with me". But you must be patient and not to count the secret recipe until after trying it, if not, you restaréis you thrill to the cake. 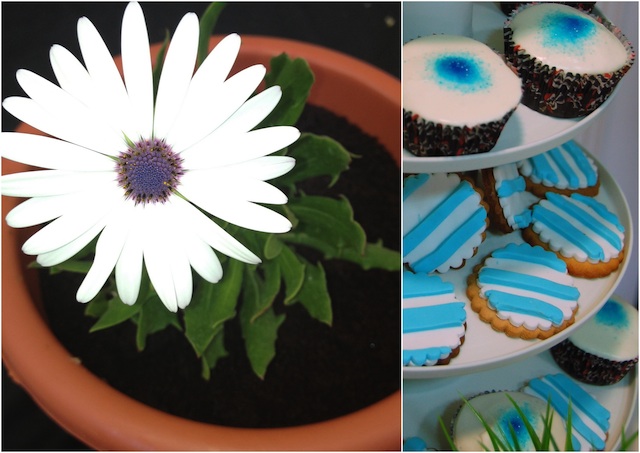 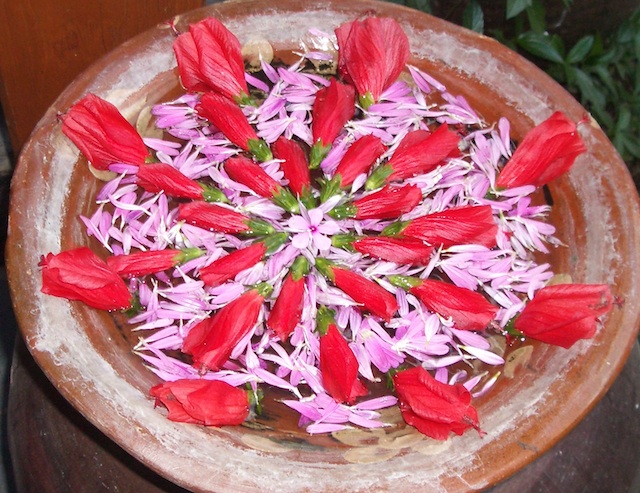 It is ideal for fulfill of your children, because in addition to its eye-catching look and the rich that is, the ingredients are not expensive, and sure gettin surprise to all attendees for very little and the children thank you. Be generous in quantities that almost all the children repeat. The idea is not new, but it is simple, delicious and very original. I remember that was my friend Bea for the meets her daughter whom I saw it for the first time. I immediately asked for the recipe and put it into practice whenever there are children around. Misleading a lot of flower... 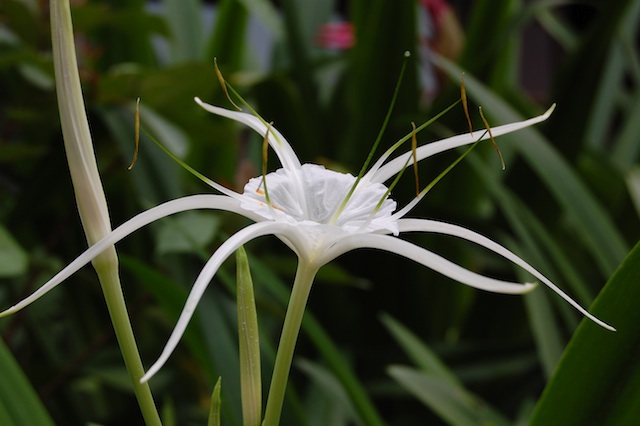 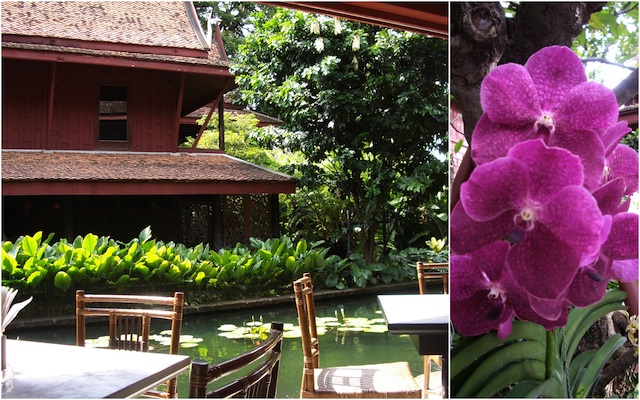 Speaking of flowers, would know that Thailand is the country of the? Orchids?. There is a place in Bangkok halfway between the turistrico and the shopping. It is of the Jim Thompson HouseIt is a bucolic and magical enclosure consisting of seven small buildings of teak wood, where a Museum and boutique outlined the origins and destinations of the company founded by himself the last century silk. Jim Thompson It was an American architect who settled in the country after participating in the liberation of Thailand during the second world war. He was dedicated to the manufacture and trade of silk, and ahead of its time, helped the world recognition of the quality of Thai silk. It disappeared in Malaysia in circumstances unknown at the end of the 60s and not he has grown to know nothing more than. A lifetime of legend that today manifests itself in an empire"Jim Thompson. The Silk Company"virtually present in the world. If you like silk and decoration items, please do not hesitate to go through there, not being affordable, are somewhat better than abroad. 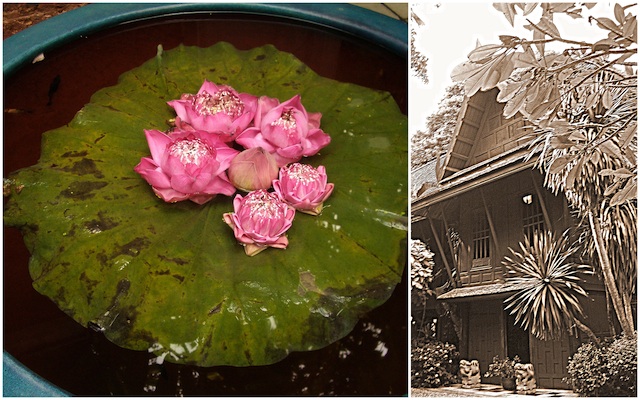 The complex houses come from different parts of Thailand, were dismantled by order of the owner and once again located here. They rose on the ground use and local custom to avoid floods. It shows the artistic sense Architect in the beauty of the place. The traditional architectureobjects of design of the era and somedream gardenssurrounding all the grounds, is a perfect and relaxing combination. Plagued with orchids and other native species, it transmits a serenida, stillness and beauty worthy of visit. The colorful and the whole forming ponds with their lotus and the small edficiaciones colored red provide prints of early 20th century Thailand. 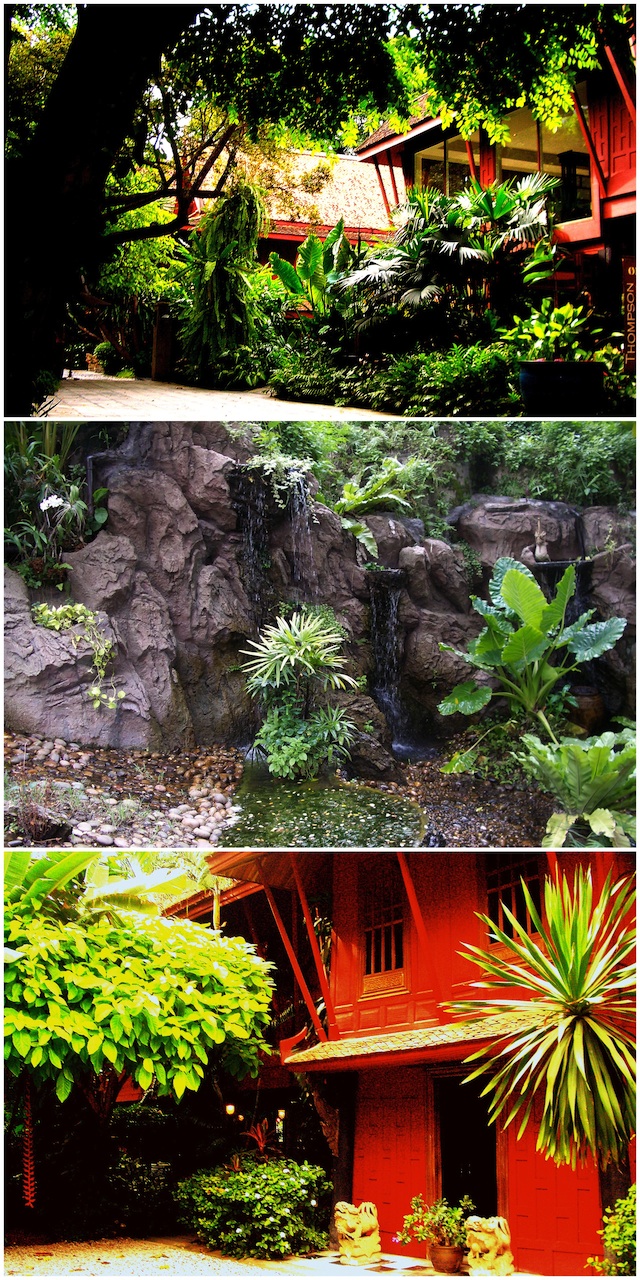 Now in the recipe I will describe it you more closely, but is incredible the resemblance to cookies Oreo crushed they have with the Earth, which along with the pot and a natural flower, they get to be a 'real' pot. There are many, many with Oreo Cookie dessert recipes: Cheesecakes, ice cream, biscuits,... but this, by its shocking result and delicious ingredients (there is frozen, so it can be done also in winter), fascinated me. 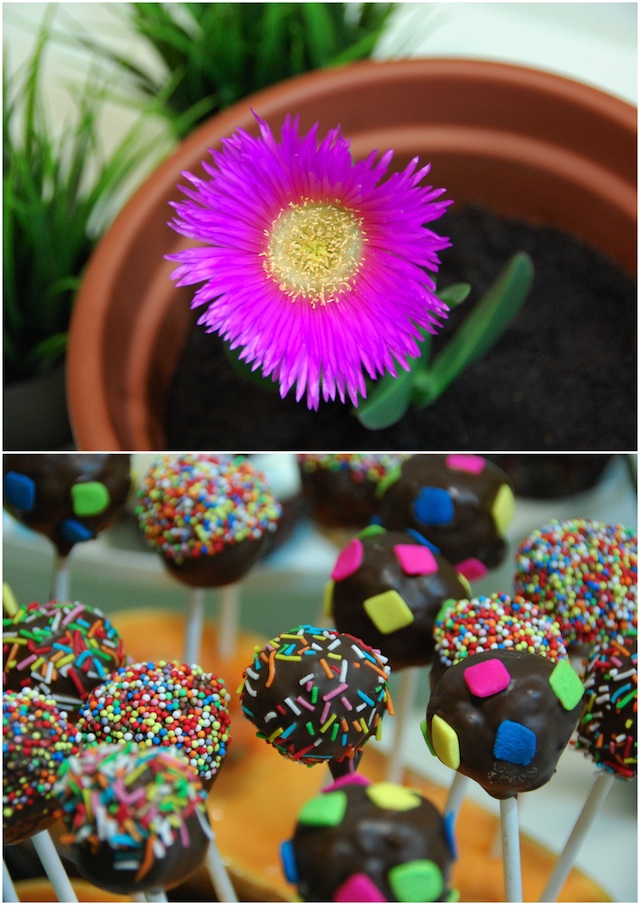 There are many that you've seen it and I have asked that climb the recipe, here it is. It is simple, fast, and what is best: delicious!. that Yes, do not forget of the plastic pot and flowerIf failure will not be the same. If you are more daring, you can decorate with Gummy worms. Ah! and one last tip, the first time you prepare it do not do it with your children because you lose the surprise effect, but from the second, to help you make it and enjoy the beautiful. 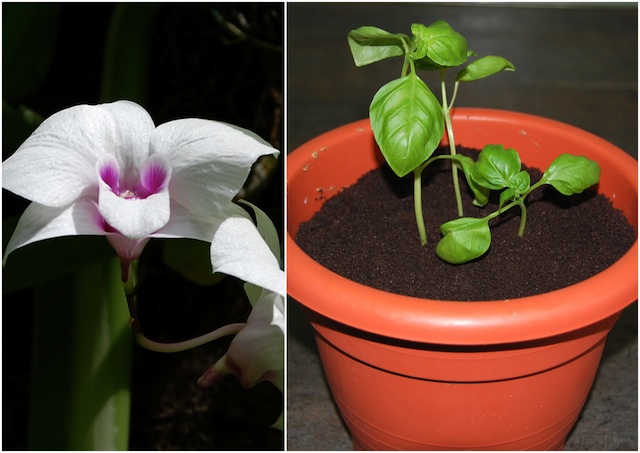 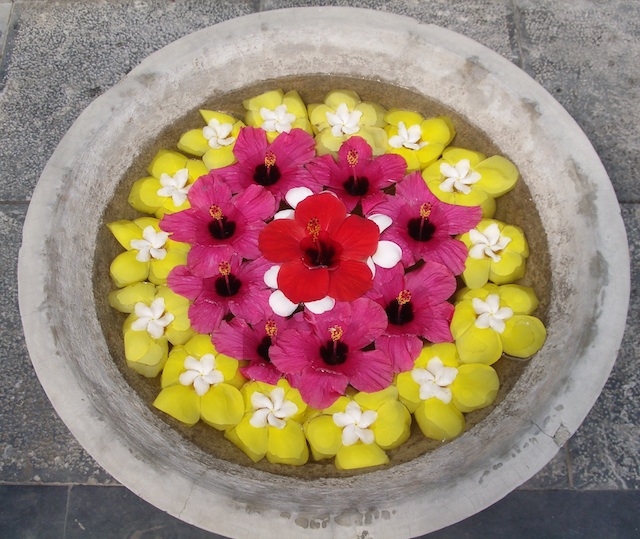 Luck with the recipe! It is very simple. You know to distinguish that photos there are pot pies (The Pot Cake) and which not? 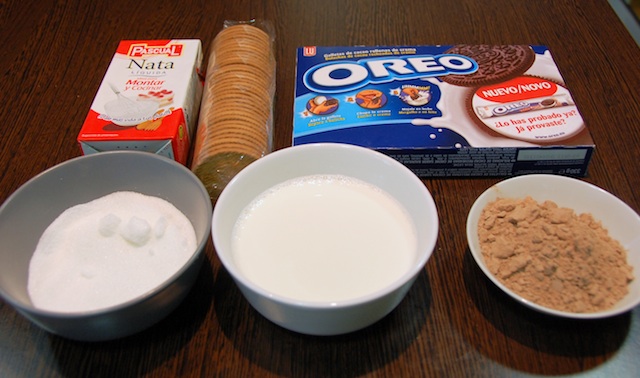 1. rather than nothing, and very important, we wash the plastic pot thoroughly, inside and out. Ultimately we are going to use cast to food and must be pristine. 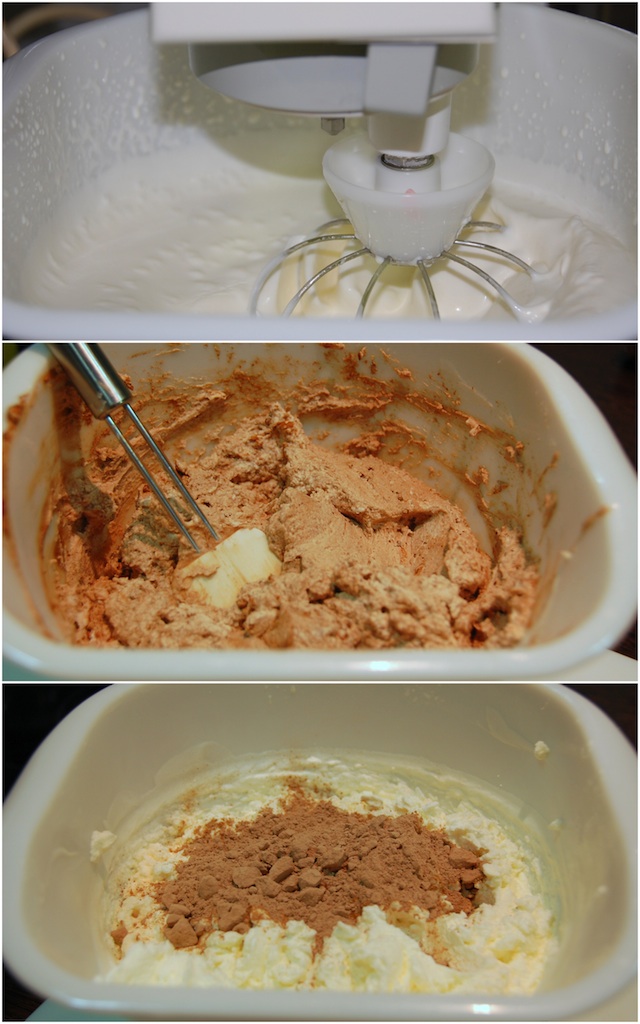 2 assemble the cream with the help of a mixer, Kenwood or similar. The more cold fridge is the cream, you better mount. Add sugar, and beat them. When it has mounted, we add the Cola-Cao and mix by hand with a spatula until well incorporated and no lumps of Cola-Cao.

3. also crush the package of Oreo cookies. I before removing the cream, but it is also very rich if you take not away it. It must be textured as Earth. 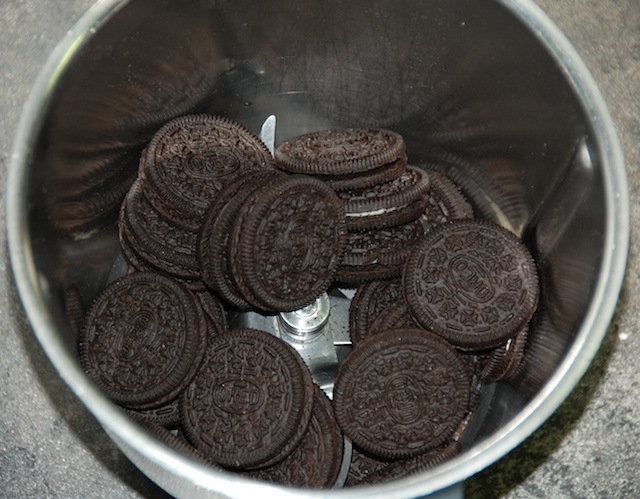 4 and we began to assemble the pot. Put in the bottom layer of cookies: we dip a cookie in the bowl with milk and place it at the bottom, then we got wet again and put it to the side, and thus to have a whole cover layer. To cover the gaps that remain between biscuit and cookie, you'll have to make smaller pieces. Put over a layer of fake chocolate truffle (mix the cream with the Cola-CAO). The thickness of the layer will be as a finger of thickness. Two or three tablespoons of the cream should be sufficient to cover the surface of cookies. 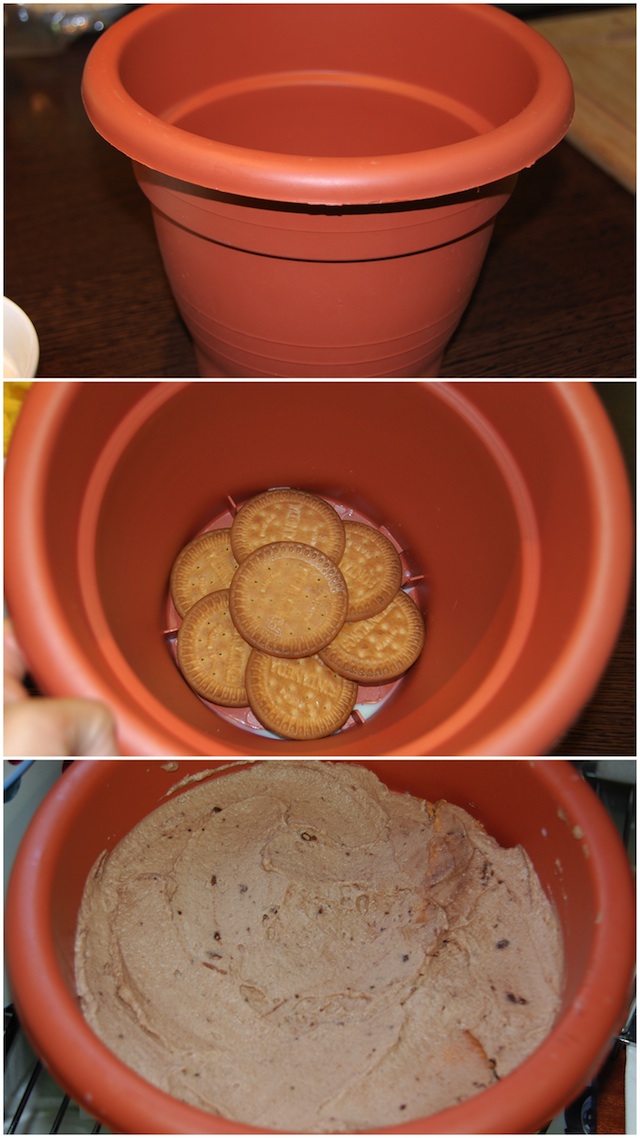 5 we will making layers until you finish. It is important that the last coat is cream, and on this last last layer, we sprinkle the "land" obtained from Crushed Oreo cookies and we cover the entire surface to give the final appearance of pot of truth. 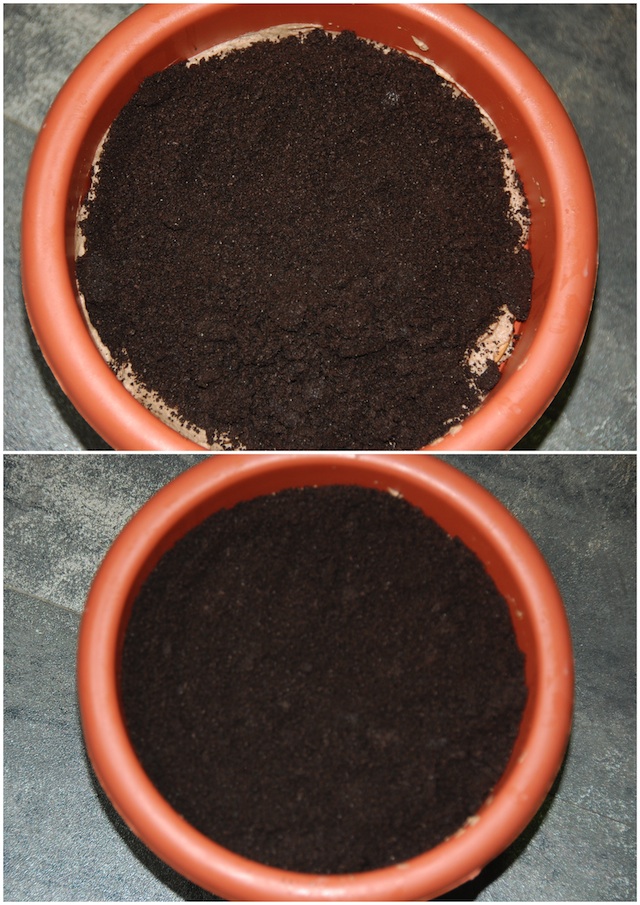 6. just before presenting it, place you one plant, flower or similar. Therefore we take the stem and will engage it in albal or transparent paper, and thus avoid stem to release fluids that we don't want in our cake. The flower will give you the final appearance. To serve, distribute picture portions with a spoon taking care of some "Earth" falls to all.

Let me know the result of this dessert. Keep it secret... and enjoy it! 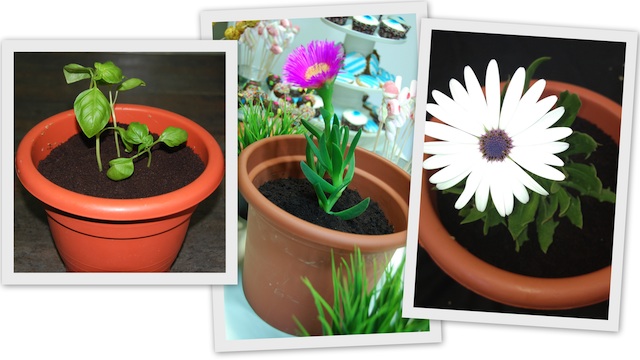 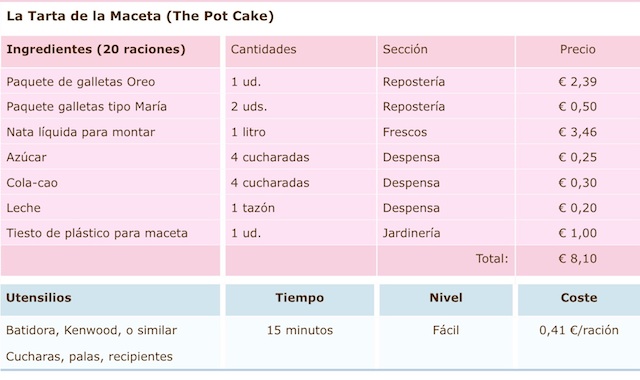