The Ist of Skye. Scotland 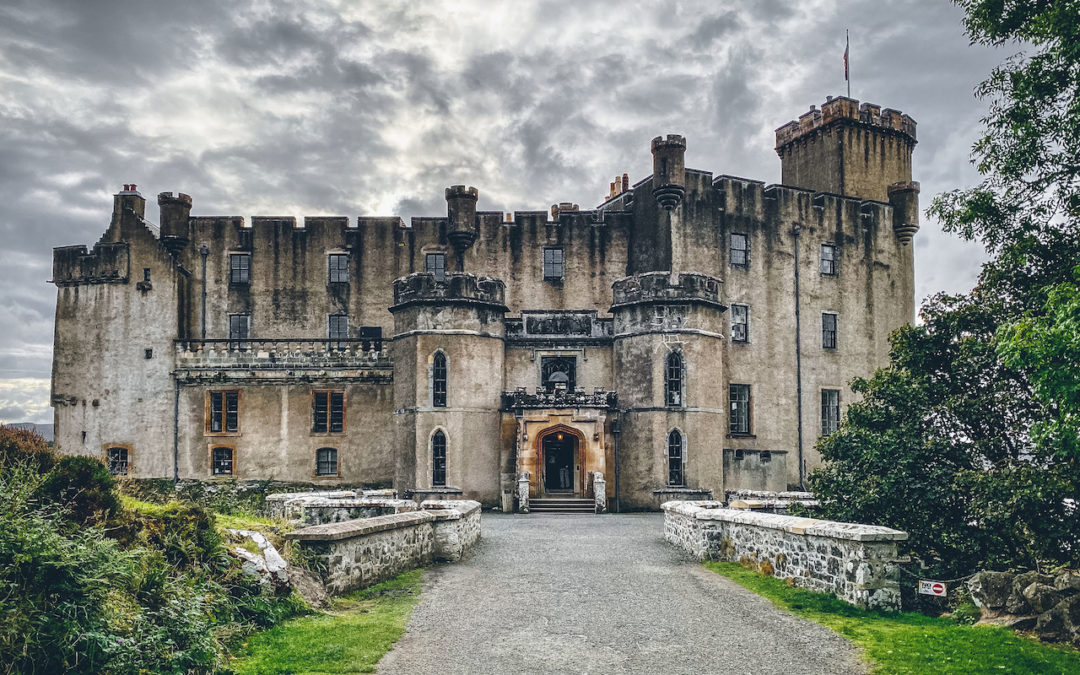 The Isla of Skye is one of those places that has stayed with part of my soul forever. A place with lovely people, where time seems to stand still and where forgetting everything is as easy as putting on shoes.

We got to sleep at Portree, on the Isla of Skye. Our choice here was The Bosville, a very well located hotel, very comfortable and with a good restaurant where we had dinner both days and with a breakfast with the best smoked salmon we took in Scotland.

Portree is located in the center of the Isla de Skye making it perfect for organizing the route around the island. Here we stayed two nights, and when we return we continue our route through Inverness Shire and Speyside.

We started the route very early to take advantage of the daylight hours that turned out to be long at that time of year (end of September-early October).

The Isla of Skye is not a place where it is possible to stop to eat anywhere unless visited in summer (in which case the island is full of street food stalls at almost every tourist spot). In our case we had to settle for a packet of chips and a coke that we bought at a gas station (we only found a gas point of sale in the northeast part of the island), so I recommend you prepare a small picnic before leaving to leave to don't go through the hunger we spent until dinner that day ... Hahahaha

The first stop was at Old Man Storr, a rocky hill on the Trotternish Peninsula. Here you have to make a route through these hills about two hours round trip.

The walk is worth it. Although the beginning of the tour there were many people who went up to see the views from the first hill (it was weekend), as we advanced towards the top, there were fewer and fewer people, so in the end there are only the madmen like us and the hikers who make the route s of several days up the mountain.

We continued our way north and the next stop was at Mealt Falls. Beautiful waterfalls that are born in Lake Mealt, from which they take their name, and will end directly over the Atlantic. It is difficult to describe in words the beauty of the place, the contrast of colors and the magic of the site.

Mealt Falls is certainly one of those waterfalls with that "Wow!" factor, which makes you never forget these sites. It is approximately 55 metres high that fall over the cliffs of Kilt Rock (so named because its shape is reminiscent of a kilt, a Scottish skirt) to the Minch, a sea arm located between Scotland and some of its islands and forming a kind of fjord of unbelieving beauty ineable.

Our next stop was Quiraing which is located in the area known as Trotternish. The Quiraing is a landslide on one of the faces of the mountain of Meall na Suiramach. It is as if the mountain had cut, the earth had opened to show its interior and the landscape is unique. The area can be explored on foot and is known as one of the beautiful routes of the Isla de Sky, but we had already had enough in the morning and just stopped for a short walk.

The end of the Isle of Sky is the beautiful Rubha Hunish, the northernmost point of the island where we could see birds and marine mammals. The area is almost deserted at this time of year and with cold and rain it is like getting lost in another world, a beautiful world.

Dunwegan Castle Road we pass castle ewen Fairy Glen a miniature landslide similar to Quirang which is also beautiful and deserves a stop.

But our next destination would be one of the most incredible castles of all we saw in Scotland. Dunwegan Castle is one of the must-sees if you go to Scotland. It is the most inhabited Scottish castle and can be visited at certain times of the year (and we were lucky!).

Located on the west coast of Scotland, the castle belongs to the MacLeod family, part of the MacLeod clan. We took a boat ride to see it from the lake and I will tell you that we went through a lot of cold but every tear that fell down my face was worth the view of this precise building. It also has very nice gardens, but honestly next to the castle I lost interest in them completely.

We wanted to end the day by visiting Neist Point, the most famous lighthouse on the whole island, but it became dark and there was no point in lengthening the route an hour and a peak more car to see nothing. So we decided to go back to our little hotel, have a rich salmon and leave the lighthouse pending next time, because there will be next time.

Scotland is a place to lose you, to come back and back a thousand times. A site that will not leave you indifferent and in which you will discover how beautiful with capital letters the world is.

The castles of Luxembourg. The discovery of our trip