"Humanity gets tired soon of everything, especially what they enjoy most"

There are places in the world that are magic to observe the rising and setting of the Sun, but to know of the old Bagán (Myanmar), it did not know how wonderful that could result in an environment so unique and different... and not think that this former President Clinton enjoyed it. The driver rushed to get to the pagoda in time so that we could achieve high enough, flexing us onto the terrace of the temple, so it allowed us to properly make out the horizon while fell sunset... it said it was the best in the world, and I bear witness that. At the foot of the pagoda was expecting us an army of street vendors who were able to communicate in almost any language, and if not, to sign language so appealed. That struck me was the skill that children have to draw attention in a quasi perfect Spanish, looking for some kyat in Exchange for the sale of postal deciduous of Myanmar. The most common transportation in Bagán is the carriage pulled by horses, along with motorcycles, and travelers make use permanently truck to move around the archaeological plain, from there the Coachman...

Bagánwhose former name was Pagan, is an ancient and historic city situated on the edge of the river Ayeyarwady, in the center of the State of Myanmar, ancient Burma (is the ability of the Burmese to cyclically change the name of their main destinations). Was the capital of the Kingdom of Burma, hence their magnificent legacy, its name alone evokes ancient spiritual and cultural times, and its best assets include an endless expanse of land, the call archaeological areaflooded by more than three thousand funerary monuments among pagodas, temples and stupas. Stupas contain religious relics in buildings Memorial, being very common in the type of Buddhist architecture. Bagán is a poor city, like the rest of country, scarce channeled running water and electricity. Access to Bagán for Western is by plane, through its tiny airport. I will tell you an anecdote, there are four cities linked in a circular line that the plane performed with a ciclia route: Yangon (the capital), Mandalay, Bagán and Heho (to visit the) Inle Lake), up you, getting you off, and sitting you forward or back, depending on the section that you do, go! as the meter, while the other passengers on the plane.

There were built more than ten thousand temples on the outskirts of the old city between the Tenth and Thirteenth Centuries When kept economic hegemony over the rest of the country. Later it declined precipitously to become in our days a spiritual and cultural tourist destination of the first order of the dictatorial regime. Its degraded architectural richness is indisputable, its religious heritage, the fusion of colors green, ochre and red of the plain, the sky and brick temples make it a mystical place sued for hunters of sunsets. It shows the past of wealth, gold and opulence of the first dynasties (became visiata by Marco Polo) but today is decadent, at any corner population swirl around tourists, knowing of the purchasing power of the West. Customs and methods of work are still all by hand and very archaic: harvesting, distillation, lacquerware, means of transport, etc. We could see how hand made palm oil which then used to obtain various products such as sugar, liquor, etc.

Among two thousand monuments that still, many in ruins, stand out the temples of Ananda, Gwadawpalin and ThatbyinnyuBut what really more surprising is to explore the surroundings of the old Bagán for lifting and lowering of the stupas and temples, visiting the ruins and places of Buddhist worship, and enjoying the views of the landscape from the height of the pagoda they offer during sunrises and sunsets. There are companies that manage balloon trips, flying over the stupas and temples to obtain privileged elevated views of the ruins, that Yes, after paying a lot of money. To make matters worse, must wake up at four in the morning and be prepared, cameras in hand, to photograph the dawn in its maximum fullness.

What is true is that when the sun sets, in the twilight of dusk, Bagán offers some panoramic that fall into the list of the best sunsets of the world. The nuances of gold, ochre and orange colors, along with the shadows of monuments covered by a soft mist, provide a fascinating and unique show view of the traveler. 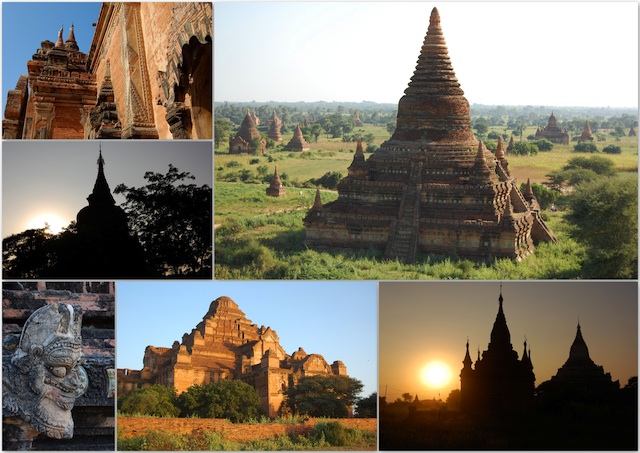 Another nice way to enjoy the scenery of Old Bagan is renting a Bicycle in one of the hotels, and making the routes recommended by local guides, either by the Centre of the city, by the plain of pagodas and stupas either bordering the river. In this way, is freer hours and is designed one his own travels, as well as the physical exercise that is performed, but I assure you that it's fun (keep in mind that there does not work mobile GPS) because it must be guided by roads between grasses and forbs as it did centuries ago. A good swimming pool at the hotel (usually do much heat) and a relaxing bath arranged it all at the end of the day. 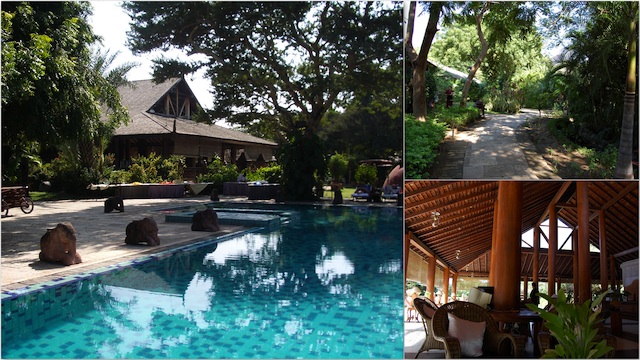